Drive- by Good morning, GN! Off to pursue some filthy lucre . . . 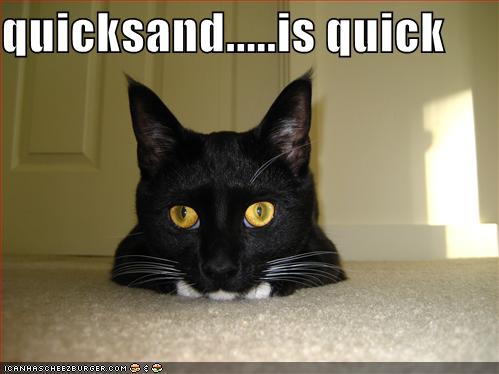 I think I’m suffering from a bit of “news overload”; there’s so much bug-fark nuttiness going on across teh U.S. that I’m a little burnt-out from trying to stay on top of the stories and issues I think are actually important.

Damn me for trying to be an informed citizen! 😉

Glad to see that RabBeet stopped-by last evening and hope that BW was amused by teh evul birdkiller device.

Probably oughta shave and shower prior to leaving the house; I look pretty scruffy in a not-so-good way. BBL.

My morning has started out wonderful. Went to water the fruit trees by the driveway, looked down, and there’s this rattlesnake all curled up by my bare feet. I dispatched this one all on my own, but it still freaked me out.

Maaaaaan…very glad you didn’t get a snakebite, Sven. Might one ask how you dispatched teh rattler?

Well, I used a shovel to smash its head. There’s something about cutting off their heads that makes me squeal like a little girl. Now when I was smashing it with a shovel, I just sounded like maybe a teenage girl.

I can empathize, Sven (having beheaded snakes via shovel myself). I like teh idea of using snake loads a lot better, but I’m pretty sure that’s not an option for you…

Glad to see that this story’s getting some coverage:

When a half-dozen men and a woman in street clothes closed in on University of Virginia student Elizabeth Daly, 20, she and two roommates panicked.

That led to Daly spending a night and an afternoon in the Albemarle-Charlottesville Regional Jail. Her initial offense? Walking to her car with bottled water, cookie dough and ice cream just purchased from the Harris Teeter in the Barracks Road Shopping Center for a sorority benefit fundraiser.

A group of state Alcoholic Beverage Control agents clad in plainclothes approached her, suspecting the blue carton of LaCroix sparkling water to be a 12-pack of beer. Police say one of the agents jumped on the hood of her car. She says one drew a gun. Unsure of who they were, Daly tried to flee the darkened parking lot.

“They were showing unidentifiable badges after they approached us, but we became frightened, as they were not in anything close to a uniform,” she recalled Thursday in a written account of the April 11 incident.

“I couldn’t put my windows down unless I started my car, and when I started my car they began yelling to not move the car, not to start the car. They began trying to break the windows. My roommates and I were … terrified,” Daly stated.

They are, of course, “investigating”.

AFAIC, all six of those state goons ought to be in jail with high bail -- charged with assault with a deadly weapon as well as everything else that’s applicable.

Unfortunately, cops, prosecutors and judges are all part of the same club gang, replete with immunity.

Given that these sorts of egregious LE abuses occur with increasing frequency, and that there are rarely any significant consequences to them, it is only a matter of time before some community decides they’ve had more than enough of this shit and goes to war against an entire LE agency.

I believe it is past time to completely strip all public officials and employees of immunity; there’s too long a string of abuses.

So if I have this straight, shooting a man with an Arizona ice tea in his pocket that assaults you and is grabbing for your gun is a case for national outrage, but duly appointed LEOs assaulting and arresting a female college student for carrying water is OK?

Yep…pretty much; shorter version: fuck you, that’s why.

“Of liberty I would say that, in the whole plenitude of its extent, it is unobstructed action according to our will. But rightful liberty is unobstructed action according to our will within limits drawn around us by the equal rights of others. I do not add “within the limits of the law,” because law is often but the tyrant’s will, and always so when it violates the right of an individual.” -- Some dead, rich white guy named Tom, um, Somethingorother and written, like, more than a hundred years ago

(CNN) — An Indian airline has hit on possibly the worthiest excuse yet for hiring slim women as cabin crew — it saves fuel and therefore money.

While some airlines admit to hiring women for their sex appeal, budget carrier GoAir has told The Times of India it will be hiring predominantly female flight attendants in future because they are 15-20 kilos lighter on average than men.

And it’s good for Gaia, too!

The thought just occurred to me: a cra*ker / joo*oo would pretty much be a matzoh, amirite?

Speaking of which, this is just wrong: Matzoh / S’more cake! My morning has started out wonderful. Went to water the fruit trees by the driveway, looked down, and there’s this rattlesnake all curled up by my bare feet. I dispatched this one all on my own, but it still freaked me out

Reason 4,354 I don’t go anywhere without closed-toe shoes on after the temps get above 72° out here. Lucky you had a shovel nearby. Now, according to local folklore, you should hang it on the fence so it’ll bring rain.

I believe it is past time to completely strip all public officials and employees of immunity; there’s too long a string of abuses.

Concur. Because “Fvck you, that’s why,” can and should cut both ways.

My outrage meter has been pegged for so long, I just find myself more and more grateful to be out here in BFE.

Other than that, it’s hotter than Hades outside, and at some point I’m going to have to reason four dogs into staying inside until it drops below 100° to go walkies (thank G-d they can’t hear me type that). Cookies should work.

Good afternoon, Gerbil Nation!
Day camp tear-down is/was today. It takes a few days to set up, but we only have one day to tear it down and put it away. Because of the heat (100° F), we started at 7 am. Now it’s time for a shower, clean clothes, then off to Fishfest.