TeX, I’m so sorry about your dog. ..There just aren’t any words for the hurt. “grim acceptance” is all we have sometimes.

Mac, prayers have gone out for Little Mouse Mother & sister and the rest of the family.

Thank you, gentle Rabbit. I was up at 6 am yesterday to take the sister to her appointment in Dallas and saw Elena there when I picked her up. She last slept here last Sunday and only stopped in once during the week to shower and grab some supplies. Her mother should be coming home today so Elena may be able to sleep here tonight. She is kind of going nuts but we are all happy that the mother seems to be better. That infection almost took her. She just did not have the strength to fight it.

I kind of feel for the sister as she is the youngest and most independent of the sisters and it has been very hard for her to be needing so much help. The surgery went well and the right leg that had been giving her the trouble is much better but now she has pain in the left leg. It may be inflammation in the back pinching nerves or here different movement patterns effecting the muscles but they don’t know yet and she is getting frustrated. After her appointment they had us go to another facility to get an MRI so we hope they will learn more from that. In any case she is cheered by her mother’s improvement. We were all afraid we would lose her this time. 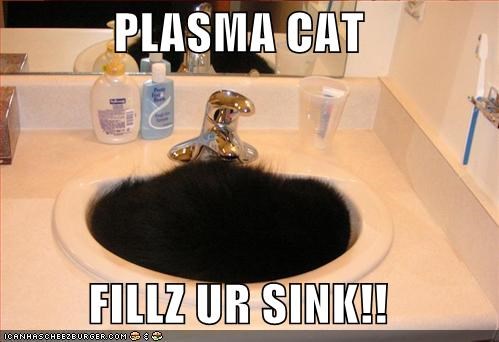 Very glad that Elena’s Mom is scheduled to go home tonight; hope her sister’s MRI indicates a simple issue which can be easily addressed.

Allahpundit has more on the KTVU snafu:

An NTSB spokesman flatly denies that anyone there confirmed anything, so that leaves us with only one option. You make the call: Is this the product of a disgruntled newsroom employee bent on revenge or the actions of a summer intern who thought it was funny enough to get fired over and wanted to see if, a la Ron Burgundy, local news anchors really will read anything you put on the teleprompter?

Even more at teh link.

Hot Air has a link up to NTSB that they did indeed confirm the names and they are reviewing. It was pretty funny.

A couple of days ago, LambiePieK alerted me to a local homicide story which I’d not seen at the Atlanta Journal Constitution or WSB-TV websites:

According to the warrant, the four teenagers are accused of starting a fight with Chellew at a Chevron gas station in the 6200 block of Mableton Parkway near Community Drive at about 1:20 a.m. Sunday. They repeatedly punched and kicked him, according to police.

While attempting to escape, Chellew backed into the center five-lane highway and was pushed to the ground and knocked unconscious, the warrant states.

They then walked away from Chellew, “leaving him helpless,” and he was eventually hit by a car, the warrant states.

This morning, the AJC finally mentioned the story:

“This was not racially motivated,” [Cobb Police Sgt. Dana] Pierce told the Atlanta Journal-Constitution. “Cobb County police are investigating this like any other crime.”

The fight between Chellew and his four assailants apparently started over gang identification.

According to the warrant, Chellew flashed blue colors and claimed allegiance to the “Crips” street gang. Three of the suspects were dressed in red, the colors affiliated with the “Crips” longtime rival, the “Bloods.” The exchange was captured on the station’s surveillance cameras.

Here’s a pic of the victim, Joshua Chellew:

The claim that Chellew was affilliated with the Crips seems fairly unlikely.

The AJC article has pics of the accused, but not the victim; nor does it provide a link to any surveillance video.

On Patterico’s one of the more “eccentric” commenters was determined to push his theory that Trayvon was afraid of Zimmerman because he was wearing red and he thought Zimmerman was a “Blood” calling for gang members to come hunt Trayvon down. I guess he knew lots of “Creepy ass crackers” in the Bloods. So in future any white person wearing red or blue is fair game for any black hoodlums to kill? What other colors will be added to the list to justify these attacks?

This is rather a concern given that self defense is now a crime if the assailant is black.

When I was still in Los Angeles, I was rather careful about wearing anything red or blue (aside from denim) when looking at roofs in certain neighborhoods. Because “honkie mofos” are indeed occasionally assaulted -- or worse -- for wearing red or blue in the wrong place out there.

Some contractors I knew were very cognizant of this sad reality and made sure their employees were aware that wearing red or blue in some areas was not a good idea.

I don’t doubt this at all but did police justify these attacks before on this basis? This seems new, or maybe I’m out of touch. I don’t really follow this and don’t much worry about my colors as I wear only black, white, and a bit of gray.

I have a disproportionate number of black t-shirts and button-down shirts, but not quite to the same degree, Mac. 😉

I recall that in the novel version of Jurassic Park teh paleontologist said that all of his clothing was either black, gray or white so that he could just grab anything and know it all went together.

I could relate to that.

I’ve read that about Einstein as well and it does work. Me on any day. I don’t lose any time picking clothes as they are all the same.

Plus, it makes you look edgy and artsy.

How do you make typos without arms, Mac?

My brain is my worst enemy. It has more stupid than my arms.

Not Arms And The Man??

My immediate reaction : “Arma virumque cano” ( first line of The Aeneid)
“I sing of the arms and the man”

That would just be frustrating. A woman with boobs and no arms to fend me off and I have no hands to Clinton her with?

Rousey on the burden of breasts….

I appreciate what a burden they are and I try to be supportive.

I suppose I should be VERY careful about that with a cage fighter.

It’s awfully nice of you to help women bare their burdens.

Thank you, Paddy. I try to give a hand up.

How’re you, BW and teh menagerie doing?

Is it good or bad that I can’t think of any more armless things?

BK asked me to tell you that Shammy was looking for you a couple of weeks ago. (She’s living at her Mom’s right now and can be found on Facebook under her real name.)

We are doing ok, I guess. I’m lobbying for another casino trip this month. BW is getting more used to the kitty, trying to turn her into a dog.

Thanks , I knew she was at her Mother”s.

BW let her out of the house & the cat peed in the yard, cme back in & did it again another time. BW was screaming that she had gone ” potty” like a dog. Uh yeah, she was a stray, remember? Ha! I love to burst bubbles.

Grace has finally relaxed enough to sleep on the bed at our feet sometimes. Still no cathat, maybe when winter comes.

Gotta hop. It was nice talking in real time!
(POOf-)

We have been warned that in the event of an acquittal there could be riots. My own feeling is that the Allegedly Reverend Al Sharpton, now somewhat emaciated and underbouffed from his Tawana Brawley heyday, is not the Tahrir Square–scale race-baiting huckster he once was. But if Floridians are of a mind to let off a little steam, they might usefully burn down the Sanford courthouse and salt the earth. The justice system revealed by this squalid trial is worth rioting over.

He is a prize! I first heard him on the Hugh Hewitt show.

I like Steyn as well as Mark Levin. Im also partial to Jonah Goldberg and Steve Hayes.

It’s the Hannity and O’reilly guys that Im kinda done with. With talk radio, I tend to prefer Dennis Prager and Michael Medved along with the local guy, Larry Elder.

I’ve been a fan of Prager since the mid-90’s -- I just don’t get much chance to listen to him anymore. I agree regarding Hannity and O’Reilly.

Happy Caturday, Gerbil Nation!
Y’all have been a chatty bunch today!
It was nice to see RabBiT, even if I did miss her, which I do.
Mac -- that’s good news all around regarding various family members, especially Elena’s mom.

Knew some folks in CA with two dogs and a cat all raised together; teh kitteh behaved much more like a dog than a feline.

CNN is telling me that a verdict in the Zimmerman case COULD BE REACHED AT ANY MOMENT!!!!!!! But they’ve been telling me that since like 6:00 this morning so I aint too excited.

When a verdict is reached, I wonder if their top legal correspondent, Ho Lee Fuk, will be reporting it? Or if the second tier gal, FeMale Delanquisha Akwante will get the honors.

Tell you what-the one man in America that I don’t want to be right now is George Zimmerman.

Verdict. I’ll go with not guilty on all counts. That would be justice, but it is a jury so who knows?

Thankfully, you were right, Sven.

Yeah, glad it worked out the way it did. Whew.

Now I hope that George Zimmerman gets his turn at bat with his lawsuits against the media and that these state officials that brought this case get a real hard look.

Nothing’s going to happen to Corey and her vile minions.

And I think MoM and West are going to help George do exactly was you’re suggesting, Sven. They’re going for sanctions, and will defend against any civil actions.

Good on them. This story should be far from over. I’m not willing to just say let’s move on-the media, the feds, the state of Florida all have a lot to answer for.

Not guilty!
I’d make it red, bold, and flashing, but that would take too long to look up the code.

When do the riots begin?

You want to start early before all the stores lock up all their really good stuff.

But the Molotov cocktails look better on TV after dark. Once you get a good, dark cloud of smoke going, then you can loot during daylight hours.

Now the feds will bring civil rights charges against him.

I think that’s all too likely.