I apologize in advance for what is probably an inadequate response.

The “they” I was specifically referring to is a particular subset of American blacks who come across as profoundly ignorant and violent; blindly following demagogues and in general blaming the Great American Bigot for their failures.

As such, they are, themselves, promulgating the ugly stereotype of the violent, childlike, intellectually inferior and dangerous Negro which was used for so long to oppress blacks in America.

They continue to drive a stake into the heart of Martin Luther King’s dream -- which coincided with what my parents taught me -- and I am furiously angry myself because my own heart is so broken after nearly fifty years of this shit.

I’m also none too pleased with their liberal, political and media “enablers”.

And as I said, this is what Democrats have been pushing, to whites or blacks, since the beginning of the country. This is to be expected from them.

People like Stalin, Hitler, or Mao have always found it easy to sell the line “It’s not your fault, it’s theirs. We will take what they earned and give it to you and you will not have to work for or earn it”. There are always plenty of people willing to buy it and they are simple enough that it is easy to manipulate and use them after. Color or ethnicity don’t seem to matter.

That is the most disgusting and discouraging thing about this to me. It looks like the attack on the educational system started half a century ago was successful and fatal. We are about to become a Democracy run by an ignorant mob controlled by a ruling class of evil men. They have already put themselves in a position to loot us and our future generations to fund the rest of the takeover.

We are about to become a Democracy run by an ignorant mob controlled by a ruling class of evil men. They have already put themselves in a position to loot us and our future generations to fund the rest of the takeover.

More than ever before in my life, I’m glad our Founders gifted us with a method to effectively fight that.

“When wrongs are pressed because it is believed they will be borne, resistance becomes morality.” -- Thomas Jefferson

Stevie Wonder will no longer perform anywhere with “Stand Your Ground” laws.

“I decided today that until the Stand Your Ground law is abolished in Florida, I will never perform there again,” Wonder said Sunday while performing in Quebec City. “As a matter of fact, wherever I find that law exists, I will not perform in that state or in that part of the world.”

I love it when celebrities chime in on things that weren’t even on trial.
Jesu freakin’ Cristo.

Thank you all for the thoughts going out to us this past weekend. It’s been hard, but in a way, it’s easier to take then Marty’s sudden and devastating passing.

The Big Dog had a really good life, and the only thing we deprived him of was pain. And ourselves of his company. That’s the part that hurts, but the former is the blessing.

There’s a good article at The Other McCain about the media narrative in the Zimmerman case and inconvenient facts left out of reporting. GeorgeZimmermanLegalCase has the documents admitted into evidence, including data from Martin’s cell phone.

Sorry you’re hurting; sometimes, all of the available options suck. You acted decisively and compassionately…{{{TeX}}}

Thanks for those links; they’ll get shared.

I like this: Colorado town considers licensing bounty hunters to shoot down drones!!

The ordinance spells out the rules of engagement. Shooters must use shotguns, 12-gauge or smaller, firing lead, steel or depleted uranium ammunition and they can’t fire on aircraft flying higher than 1,000 (a determination made using a range finder or a best guess). No weapons with rifled barrels allowed, and no tracer rounds.

I’d lurve to git me some depleted uranium shotshells…and Lucky Gunner stocks ’em. (But only on April 1st, apparently.)

No, that look entirely accurate to me.

It looks like someone tried to pretty her up for her CNN interview.

SackO’SugarK said teh trial hairdo reminded her of a chonmage (sumo topknot).

That graphic reminds me that, despite my weekly trips to Walmart, I can’t ever recall seeing any “People of Walmart”-worthy creatures.

I wonder if that’s because I’m so focused on getting my stuff and getting out (plus careening around all of the digitally-distracted and/or drooling waddlebutts) that I simply don’t notice them.

I suppose that’s just as well…

I like both hairdos. Her presentation problem, IMO, is her facial expression -- so very typical teenager sulking face.

Sigh. All this racism. Bad Gerbils.

Stevie Wonder tho-how would he even know that he was in Florida?

Regarding DeeDee, one of the talk show guys played a clip of her saying on Piss Morgan that the jurors were old school and she and her kind were new school. Cool. Her generation is making America proud because after all who are we to say that you should graduate HS when you are 18? It dont mean she’s dumb or anything. Let’s not be judgey…..

She also taught me that “creepy-ass cracka” means someone who “act like a police”. And “nigga” just means “male” of any ethnicity.

(Crikey…if I knew any cursive words, I’d use them right about now.) 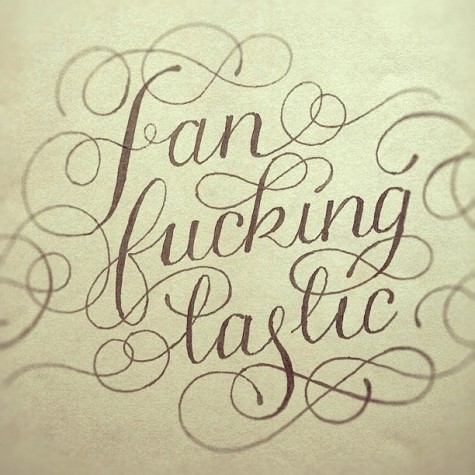 “It’s the “sullen jackal” face.”
She seems to me a self-absorbed teenager who has never had to do anything she didn’t want to ( which may explain why she, at 19, is still acting like she is 14) . She lied to Crump and Martin’s Mom because she didn’t want to deal with someone else’s drama. She lives in her own sadly tiny world where even the abysmal education offered her was too much to bother with; her cohort felt the same; and too many told her her unwillingness to put any effort into becoming a functional adult in the larger world was white society’s fault not hers. The pathetic just gets deeper the more one looks at her and I do not mean her physical looks, I mean her person. She has no ability to see beyond herself and this moment.