K8-E -- Bummer about Teh Daughter’s vaccination vexation; hope that KFH&BBQ is not a repeat of yesterday.

Still no embassy attacks, but there are reports that we performed a couple of drone strikes in Yemen yesterday.

(CNN) — A pair of suspected U.S. drone strikes killed four al Qaeda militants in Yemen as the United States maintained a heightened security alert in the country and urged all Americans to leave immediately.

Security sources told CNN about the strikes but didn’t offer additional details. A Yemeni official said four drone strikes have been carried out in the past 10 days.

None of those killed on Tuesday were among the 25 names on the country’s most-wanted list, security officials said.

Considering that our shutting down so many embassies was big news all weekend, that might explain the dearth of attacks; not much point in going after unoccupied facilities, is there? Perhaps the formerly-on-the-run terrorists are biding their time until our Grand Re-Opening Celebration.

But hey, it’s all good because John Effing Kerry is on the case; I have great faith in his competence and experience. 😉

Well, he was a war hero, Fatwa.

Good morning, Gerbil Nation!
Off to have fun with Teh Younger! See y’all later!

Hope you two are having a blast.

Egyptians kilt teh thread? (Okay, they’re actually Saudis; it’s the closest I was able to get to the “kilt” meme.) 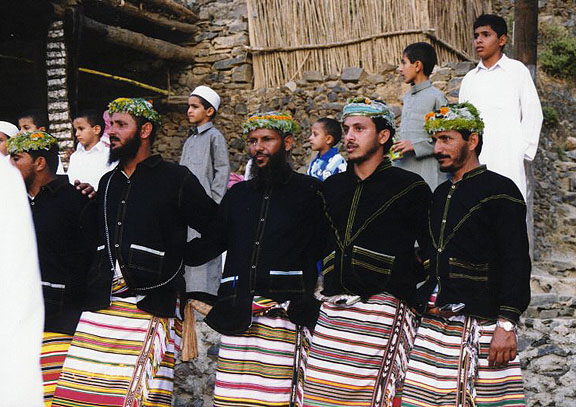 Maybe not the thread, but the video froze my computer!

Heidi-ho, Gerbilinos!
My school district was handing out new computers to high school teachers today. I’m now in the beginning stages of learning Windows 8 (spit). At least the computers we got have both a touch-screen and a keyboard. If I had to use this OS with only one or the other, I think I’d use it as a paperweight.

Ok, I got nuthin’