I got nothin’ else.

Criminy…CVS is instituting a new policy of requiring ID to purchase nail polish remover because METH!

The policy, which has been rolled out across southern New England in the past few weeks, means customers must show ID and will be limited on the number of bottles of remover they can purchase, according to the station.

The drugstore chain says the rule is an attempt to curb the making of illegal methamphetamine, and issued this statement, according to the station:

“Because acetone is an ingredient used in the illegal manufacture of methamphetamine, we recently implemented a policy that a valid ID must be presented to purchase acetone-containing products such as nail polish remover. Our policy also limits the sale of these products in conjunction with other methamphetamine precursors and is based on various regulations requiring retailers to record sales of acetone.”

CVS may also have a (sadly) legitimate concern over over-zealous prosecutors and/or SWAT teams.

IMHO, the idiotic War on Drugs is more of a danger to liberty than any other single gummint policy…including the War on Terror.

Ooooh…let’s not forget about 2 liter soda bottles, because you can use the empties to make METH!!!1!

I tend to agree about the danger of the War on Drugs. We have been seeing this assault since the 1960s with a big ramp up in the 1970s. The whole asset forfeiture scam grew out of that and is one of the worse abuses of power and biggest threats to liberty in my opinion. It illustrates why the Declaration originally was to say “Life, Liberty, and Property”.

We should also probably ban pianos, because one of the parts in the wippen assembly for each key = COKE / METH SPOONZ!! 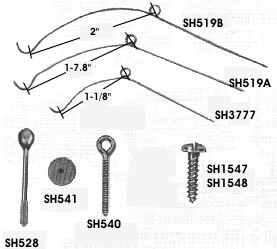 Let’s just ban everything which might conceivably be used for any purpose that drug warriors don’t like and be done with it.

The various “wars” such as the war on drugs, war on poverty, war on terror, all seem to be meant to justify invoking wartime powers and “suspensions” of civil liberties in peacetime.

If it’s not used for drugs it is certainly racist.

It’s not simply the forfeiture; it’s the reporting of deposits / withdrawals of $10K in cash.

It’s the warrantless seaches of vehicles because “the dog alerted”. Or “I smelled burnt marijuana”.

It’s the illegal roadside cavity searches (of which there have been a couple recently in TX).

It’s the militarization and corruption of law enforcement.

It’s the injury and deaths of utterly innocent people and/or trashing of their homes.

And it’s the dead dogs.

It’s also all of the violence which accompanies prohibition; we should have learned better in the ’20s and ’30s (which brought us Al Capone and the Kennedys.)

Along with Arnold Rothstein and Bugsy Siegel--which brought us Las Vegas.

You seem to know an awful lot about illegal drug manufacturing, Fatwa!

Way past time to honestly reexamine the whole war on drugs mentality and policies. Obama should call for a national conversation on it.

Great post and nice pictures of your father’s 1911, Mac; thanks for posting that.

Along with Arnold Rothstein and Bugsy Siegel--which brought us Las Vegas.

Obama should call for a national conversation on it.

“STFU so I can tell you teh conversation we’re going to have.”

If Obama opined on the WoD, he’d take both sides so his sycophants later on could pick and choose which quotes to use depending on the wind direction that particular day.

Obama reminds of this Ed Abbey quote: “Fence straddlers have no balls. In compensation, however, they enjoy a comfortable seat and can retreat swiftly, when danger threatens, to either side of the fence. There is something to be said for every position.”

It isnt so much that we lost the WoD, it’s that we never should have started it in the first place. The collateral damage from it on the Constitution and the country outweigh any potential benefits that might maybe have occurred by keeping people from ruining their lives.

Them Indians got the better of me Saturday. Mrs Sven tho held her own and made a few bucks.

We were playing 21 and the dealer was a Raiders’ fan so some good conversation during the rounds. A young kid sat down wearing wearing a Patriots’ cap and he wasnt playing all that well. In desperation, he asked the dealer if should push in all his remaining chips, about $55, on the next hand. Sure, the dealer said, put them all in, your luck is bound to turn, it’s a good bet--so the kid did--and busted out badly.

After he left, the dealer said if he had been wearing any other team cap, he would have told him to go take a break and get some air instead of tossing away his last chips. That damn Tuck Rule, he said, any chance I get to mess with Patriot fans, I take it.

Speaking of the Raiders, our stellar team image got another boost the other day:

“The killer had spray-painted his face silver and black because he believed Allah favored the Raiders.”

In desperation, he asked the dealer if should push in all his remaining chips, about $55, on the next hand. Sure, the dealer said, put them all in, your luck is bound to turn, it’s a good bet--so the kid did--and busted out badly.

That’s clearly someone who ought not be gambling, period.

Evidently, Allah does not approve of hardware.

Felt guilty chortling at that, considering an innocent person was murdered.

Criminy…CVS is instituting a new policy of requiring ID to purchase nail polish remover because METH!

I had to snort when I saw this post. We stopped by a CVS this morning to buy nail polish remover and Mrs. Paddy was asked for her I.D. We thought it might be a state law. Good thing they didn’t know I’m a chemistry teacher.

Guess what we saw today? Manatees! We went on a boat tour among the mangrove forests in search of manatees. We saw quite a few -- quite close, right next to the boat -- not more than an arm’s reach away. Did we sing this song?

No, but we thought it.

We stopped by a CVS this morning to buy nail polish remover and Mrs. Paddy was asked for her I.D.

And that you weren’t purchasing Sudafed and picking-up a Blue Rhino propane tank along with the nail polish remover. 😉

Very cool that you got to see manatees. (Hope you didn’t make any faces at ’em or even talk to ’em, as those are probably both federal crimes.) I’d never seen any “Veggie Tales” stuff; that song was surprisingly amusing -- and quite well played.

Finished-up the third arrangement (out of 27-30) for the new band I want to put together; five horns this time. It’s a funk version of BOC’s “Godzilla”…with a gratuitous gangsta’ rap -- from the monster’s standpoint -- added-in for extra wrongness entertainment value.

Was up at 4 this morning with a headache-bounced around the house for several hours and then took a short nap around noonish. Anyhow, had a dream and Miss Harper was in it--her and David were both doing just fine.

Was odd, but nice to see her even in a dream and doing well.

Cool, Fatwa, would love to hear it.

As far as kids gambling, yeah, most of them don’t have a clue. If they ask the table for advice, I’ll respond with the caveat ‘if it were me, this is what I would do, but it’s your hand so play it how you think best.’ If they are military kids from Vandenberg, I always try to help them and give them a few chips to play with; the college kids from SLO or SB are on their own.

As smart as that generation is when it comes to poker, they are not so bright when faced with playing against the house. At least the ones I’ve seen. But that applies to older 21 players too; I hate sitting at a table where a player agonizes over hitting a 14 against a dealer’s 10 or when they refuse to double-down or split on favorable cards.