Wo0t! It’s teh middle of the week already. If only there were some meme regarding Wednesdays…

It must be quite liberating once you decide that facts don’t matter. I imagine it feels like running around in a kilt.

Yet another delightful thread GIF; you’ve really raised teh bar over the past several weeks. 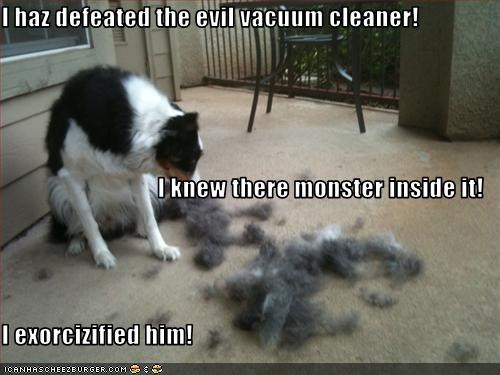 Dagnabbit, Sven…and congratulations! (Doubly so ’cause of teh time difference.)

Elena has been spending a lot of time looking at pictures of her mother on her camera display screen. She told me last night that she is having trouble picturing her mother as she was in better times as she keeps seeing her as she was in the last days. I had tried to warn her about this but it is hitting her now. I told her the recent images were dominant because they were fresh and they would fade and be less in the way as time passed, especially if she keeps looking at pictures and video from better times. I suggested a portable viewer that would let her see the pictures on a bigger screen but she dismissed that idea as she hates spending money and thought it would be enough if I put her pictures on a CD so she could watch them on her big TV, which I will do.

Last night I did some research and this morning before she left I showed her a ViewSonic 8″ digital picture frame. It is one of the very few that has a battery as well as an AC adapter and while offering a much bigger display than the little camera it is still easy to hold and take with her. She was sold as soon as she saw it so I ordered it for her. It should be here Friday. I do love Amazon Prime! It takes an SD card and also has clock, calender, and alarm functions. The screen is thin with a small module on the back that has the controls and acts as a stand. I wanted something a little thicker but flat but didn’t find anything better as few have a battery capability unless you get into the tablet category. For $50.00 this should do nicely. I think she will find she uses this a lot. I hope it works to help her.

Mac -- you’re a Good Gerbil®
That’s a great idea for Elena. I didn’t know anyone made digital photo frames with a battery option.

Not many do, Paddy. This seems to use the 2032 coin type batteries. I keep those on hand for some of my Lasergrip laser sights so that will be handy. I don’t know how long they last but it comes with the AC adapter so I think it will be a handy capability. I expected more to have a battery option but I guess they are just meant for static use. This one seemed smaller and better suited to portable use as well. She was hooked as soon as she saw it. The white frame helped. It comes in black as well but she really wanted white for her kitchen TV so I expected she would like this and as soon as I mentioned other colors she rejected the idea. Goal!!!

And a rather clever one, too.

Is it only me, or does it strike anyone else as somewhat ironic that ultraliberal Beau Biden, son of idiot and ultraliberal Joe Biden, from the ultraliberal sate of Delaware, had to go to redneck racist Texas for a medical procedure?