Just checked-out the video links you posted last night; it’s odd that many anti-2A folks seem to keep ignoring/forgetting the pro side own freakin’ guns. They claim we’re scary, homicidal, psychotic nutbags for wanting/having them, but they sure don’t seem to actually be fearful of getting their heads blown-off when they behave like that RI legislator. (Because they know the vast majority of us are peaceful, honest citizens…as well as the last line of defense against them and their plans for various craptastic “utopias”.)

Frankly, I think a large part of the reason that things have gotten so oppressive in this country is a collective refusal -- thus far -- to remind these assholes exactly why our Founders gave us the 2A in the first place. Tree of Liberty and all that…

Carp. I had a blow up clown and his Mime sidekick reserved, but Ok, if you want your funeral to be staid . . .

Alas, the “kids” -- especially Favorite Tall Relative -- still require some break-in regarding the Arbuckle Family sense of humor. Fortunately, SiL is almost there. (One of the many reasons I’m so fond of him.)

Happy Hump Day, Gerbil Nation from drizzly SoCal!
Good morning, Fatwa!
In re your fun-eral, just so long as you don’t serve long pig at the reception, I think it’s all good.
“You know, Fatwa wasn’t as tasteless as everyone made him out to be. Good sammich!

If I were Hasidic, would that make me kosher long pig?

If any of you feel that my first comment today is inappropriate in any way, please feel free to delete it.

Happy Wednesday! As Paddy noted, a bit damp out here but not much rain in the forecast. And good morning Paddy and Fatwa!

I see nothing inappropriate in your comments, Fatwa.

Playing the “what if a Republican did this” game, what if Ted Cruz responded to a pro-abortion statement from a constituent with an FU?

Anyhow, you guys all have a wonderful day.

BTW, HotAir had a link to a surprisingly evenhanded account and analysis of Waco. Worth a read: 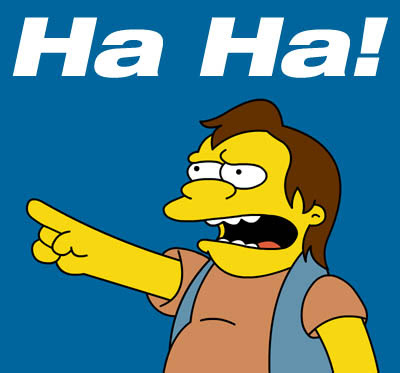 Would be huge news if a Republican, but a Democrat and in California, so let’s keep this on the hush hush side of the fence:

A California state senator who authored gun control legislation asked for campaign donations in exchange for introducing an undercover FBI agent to an arms trafficker, according to court documents unsealed Wednesday.

The allegations against State Sen. Leland Yee were outlined in an FBI affidavit in support of a criminal complaint. The affidavit accuses Yee of conspiracy to deal firearms without a license and to illegally import firearms. He was arrested Wednesday.

Yee is also accused of accepting tens of thousands of dollars in campaign contributions and cash payments to provide introductions, help a client get a contract and influence legislation. He or members of his campaign staff accepted at least $42,800 in cash or campaign contributions from undercover FBI agents in exchange for carrying out the agents’ specific requests, the court documents allege.

Yee discussed helping the agent get weapons worth $500,000 to $2.5 million, including shoulder fired automatic weapons and missiles, and took him through the entire process of acquiring them from a Muslim separatist group in the Philippines to bringing them to the United States, according to the affidavit by FBI Special Agent Emmanuel V. Pascua.

The California State Senate has 40 members: 25 Democrats and 15 Republicans. Consider this:

“Yee is the third Democratic senator to face charges this year. Sen. Rod Wright was convicted of perjury and voter fraud for lying about his legal residence in Los Angeles County, and Sen. Ron Calderon has been indicted on federal corruption charges. Wright and Calderon are taking a voluntary leave of absence, with pay, although Republicans have called for them to be suspended or expelled from the Legislature.”

Gotta love them honest, hard-workin’ CA legislators; I sure did.

The mayor of Charlotte, NC arrested and resigned today; took bribes from undercover feds. Also today, NY Assemblyman’s office raided by the FBI. Both members of some mysterious political party.

And you did a good job, Kate!

I stumbled onto The Daily Squeak and saw that SWMNBN has been active again. But you know what? Compare her recent picture to images of David Koresh and tell that there isnt an uncanny resemblance between the two.