Sorry yesterday was -- understandably -- a rough one for you.

So ISIL’s not Islamic?

I reckon Burger King doesn’t sell ground beef patties on buns, UPS has nothing to do with delivering packages, and Burlington Coat Factory is not a purveyor of outerwear, either.

I hope today is a relatively quiet and uneventful one for America.

Un-farking-real: IRS Commissioner John “Punchable Face” Koskinen tells Congress that, “Wherever we can, we follow the law.”

AFAIC, he -- and others -- ought to be dancing like Danny Deever.

Late in the morning of the Tuesday that changed everything, Lt. Heather “Lucky” Penney was on a runway at Andrews Air Force Base and ready to fly. She had her hand on the throttle of an F-16 and she had her orders: Bring down United Airlines Flight 93. The day’s fourth hijacked airliner seemed to be hurtling toward Washington. Penney, one of the first two combat pilots in the air that morning, was told to stop it.

The one thing she didn’t have as she roared into the crystalline sky was live ammunition. Or missiles. Or anything at all to throw at a hostile aircraft.

Except her own plane. So that was the plan.

Lt. Penney was certainly not the only military pilot in the same fix:

Things are different today, ­Degnon says. At least two “hot-cocked” planes are ready at all times, their pilots never more than yards from the cockpit.

Good morning! Its a beautiful day..hoping it stays that way! Ive missed you all!

Off to face teh ravening hordes at Walmart WaddleButt World. 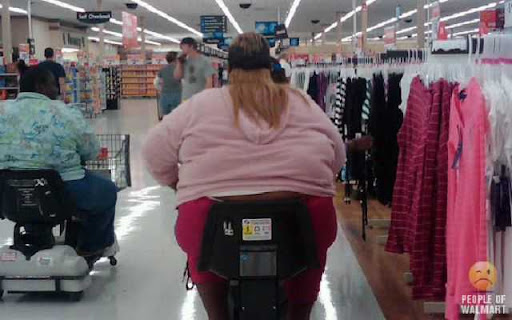 Today is going to be even more different than I thought it would be. At 8 this morning, I got a call from the HR department at the school district notifying me of a meeting at 1:30 today. The report from the investigators isn’t supposed to be ready for another week or two, so I really don’t know what’s going on. I guess I’ll find out.

I hope whatever it is will be a pleasant surprise of some sort, Paddy. (Like “the ‘interrogators’ informed us they have found absolutely nothing whatsoever inappropriate regarding Mr. O’Furnijur’s actions, thus stymying our cunning plan to fark him over”.)

Calling you this morning for a meeting 5.5 hours later is a lovely example of chutzpah and [c]hubris, too. How come you didn’t just tell them you were “otherwise engaged” or “had an attorney’s appointment” at 13.30 today? 😉

Mostly because I didn’t want to wait an additional 24 hours to find out what the fark is going on.

Which is certainly understandable.

It’s ’cause Sven and I don’t wear shell bras, isn’t it?

Perhaps my generally decent imagination is failing me, but I’m damned if I can think of a single good reason for cops to have bayonets.

Also, per the video at the link:

And yet it was in Ferguson; likely other places as well. But I’d bet nothing will happen to any of the “brave, heroic sheepdogs in blue” who violate that prohibition, because they are, by modern law and custom, the King’s men.

The ONLY reason I can think of for police to have bayonets is riot or crowd control. If not for that then why? I guess they will be useful for intimidating the public should the dirty peons forget their place.

I guess they might be useful if people resist a coup but I thought Obama’s civilian force, armed as well as the military, would handle that. Remember when the police didn’t consider the public their enemy or livestock?

Having lived much of my life in places like Chicago and Los Angeles, I admit I find it difficult to recall a time when the cops were not to be feared by reasonably law abiding people. (In Chicago, even some of the firefighters steal from the citizenry when they’re “clearing” structures and have for a very long time.)

Jim teh Roofer says that when he was a kid, LAPD was actually pretty good, but that started changing in the ’70s when creeps like Darrell Gates -- inventor of the SWAT team -- got into positions of power. (Jim’s Dad was a chemist who worked for LAPD for a while and had more than a few chilling stories of “unfortunate events” which happened to cops who actually were, in his opinion, good guys.)

I’m also old enough to recall when Internal Affairs departments did a somewhat credible job in many agencies; that was a long time ago.

Gwinnett Cty. LE organizations largely stink; Atlanta PD’s damned near as bad as Chicago; other local municipalities aren’t much better. Plus, around here there are far too many SoCons who blindly support the cops.

(And I admit to being hyper-sensitive about this stuff given my Dad’s family’s experiences; in Serbia and Romania, I know that they were largely rounded-up, detained and sold-out by their local police -- or equivalents. So when I see the militarization, “us against them” and “I’m only following orders” mentality of American cops, it frankly terrifies me.)

Had my meeting with the Chief Personnel Officer -- kept my cool -- took notes -- drove home and shared with Mrs. Paddy. Called the yoonyun-contracted lawyer and was told “you’ve used up all your benefits -- we need another authorization”. Talked with the yoonyun rep -- she’ll authorize me to talk with a different law firm (WTF?) but that will be tomorrow at the earliest. Bottom line -- they don’t have the report from the professional investigators yet, but have decided that I’m guilty and will move to dismiss me at the Board meeting on the 22nd. I have until Tuesday to resign. Oh, the Chief Personnel Officer will be leaving at the end of the month to become the Superintendent of another school district.

No, I will not go quietly into that night just to ease your transition to another employer.
Yes, I am pissed.

I am so sorry, Paddy. What a back stabbing bunch of low lifes. I hope you can make a stink.

This makes me quite angry; it sucks profusely you’ve been put in this position.

Glad you’re not going to make it easy for the bastards.

Does your union contract permit you to pick your own attorney? (The “different law firm” stuff smells a little funny to me; why the hell would they want you to change representation at such a critical time?)

What the hell? They are paying the Professional Investigators but not waiting for them to conclude the investigation and the BOE is OK with voting on no info? Alice, we’ve found Wonderland.
Forget benefits. Time for a real lawyer with no connection to the school system. I’ll help with a Paddy Defense Fund.

I’m sorry, Paddy. Odd though: why not wait until the investigator’s report is done? The rush can’t be connected to one guy tying up loose ends before he moves on, can it?

Years back when me and Mrs Sven were first married, my ex-wife made our lives hell with one false accusation after another. She seemed to be on a two-year cycle where we would be dragged into court for six months, win the battle, and then enjoy maybe a year of relative peace and calm before she would start up again. Each time it created a load of stress and heartache and we were wiped out financially twice paying off the attorneys. Could we have done any different? No. The accusations were such that we couldnt let them go unanswered.

You got to do what you got to do, Paddy. You are facing long odds, but these people arent just trying to fire you: they are trying to destroy you for no good reason. Fair means or foul, you need to fight this as hard as you can.

The thing that stumps me is the why: is it just pissed off students trying to do you in, or is there something else going on and driving this thing?

Can you bypass the union lawyer and get your own? Any way to go on offense here?

If they wait for the report to come in, they’ll have to wait another month for the board to meet and my chief accuser will be employed elsewhere. She tried at the beginning to get me to resign, even resorting to lies about deadlines for reporting things to the commission on teacher credentialing. At this point it she may view it as a personal matter. She admitted today that my students are learning the content, while maintaining that my behavior is preventing students from learning.

I’m not limited to union lawyers, but I don’t know just what that expense could end up being. The brother-in-law of a good friend of mine deals with education law. I’m going to try to consult with him in the next few days and get another point of view and another set of options.

Can I pick my own attorney? Only if I pay for them.
That’s certainly on my radar, at this point.

In other news, Teh Daughter turned 20 today.
No More Teenagers!!!! Happy Dance!
I’m still mad at myself about how we treated her birthday 13 years ago. ( Guilt, it’s a Catholic Thing) I’m also thrilled to have a daughter who is strong enough to face down those who tell her it is wrong to celebrate her birthday.