I think I would rename it, “Cat food”.
6 Comments
Oldest
Newest
Inline Feedbacks
View all comments 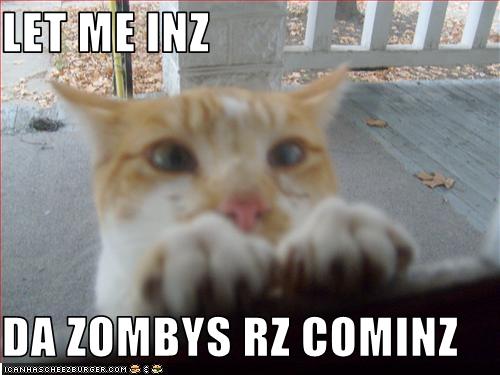 LambiePieK and I will be making another foray out to the (soon-to-be-ex-) ClanK Ancestral Compound to pack stuff for relocation to teh new and improved Compound. It’s a good thing I’m right fond of MamaK and PapaK because packing…feh. 😉

Given the projected high of 87F with high humidity, I’m glad the attic will not be involved.

Happy Caturday, Gerbil Nation!
Good morning, Fatwa! Have fun with the packing!
I just got back from taking Mrs. Paddy to the airport for her trip to Oklahoma. She’s looking forward to the cooler weather.
It’s supposed to reach triple-digit temperatures here today, so I’ve got that to look forward to.

Safe travels to Mrs Paddy and the Arbuckles.

Triple-digits all throughout SoCal the next couple of days, no winds to speak of though. Still prime weather for fires.

Quiet weekend here; got about two hours of work to do and then some housework--think mostly we’ll be trying to stay cool.

Bad news: PapaK decided he wants to take the shelving units which were in the attic after all. Was hot disassembling and moving them damned things, but they’re out.

Good news: Had an outstanding calzone as a late lunch courtesy of PapaK, so I guess it was a net “win”. 😉

Heh. Still had to go up in the attic!

We’ve hit 102 today--if not the hottest day of the year, pretty close, and the next couple will be hotter. I was committed to not letting the heat slow me down today, but good intentions and all that.

You knew it was going to happen sooner rather than later; I’m just surprised Obama hasnt yet made a statement about the NFL behaving stupidly.

Women senators send a latter to the NFL which in part said:

“We are deeply concerned that the NFL’s new policy, announced last month, would allow a player to commit a violent act and return after a short suspension. If you violently assault a woman, you shouldn’t get a second chance to play football in the NFL.”

Why stop with the NFL? Why not just pass legislation that says if you violently assault a woman, you can never work anywhere ever again? Of course they would have to hack out an exception for elected Democrats that drunkenly drive off bridges into rivers and leave their female companions to drown.

I’m surprised and amused as to how the media is covering the various NFL stories over the past week. All of them are angry, indignant, and openly skeptical of the NFL’s actions and their accounts of what happened. Huge cries for accountability, investigations, reports, action. On the other hand, these same media outlets quickly and quietly swallow everything that the Obama administration tells them about Benghazi, F&F, IRS, etc..