Winds have kind of died down, but what a mess yesterday. No damage at our place, but a lot of tree limbs and downed trees. I hope that you guys that are experiencing the cold snap are staying warm and safe.

Good morning from brisk Happy Larryville where the temperature is currently 28º (“feels like 20º”). We’re reasonably comfie but I’m glad it’ll start warming-up a bit tomorrow; today, it’ll be above freezing for a few hours. Bah!

Happy to hear the winds have abated without any damage to teh Mountain Redoubt.

Pleased to read the pulled pork came out well; we like that TJ’s Carolina Gold BBQ sauce, as well. (Although I have a preference for their smokey-sweet variety…but choice is good.) 😉

Maaaaan…I’m glad to be nowhere near metro St. Louis, what with all of the race-baiters and “social justice warriors” -- many from out-of-town -- doing their best to whip-up the crowd. One of them was quoted as saying:

And I also think we’re not going to get change in this society unless white people are just a little bit afraid.

I’m sure that’ll work out well for everyone.

22 here (“feels like 16”) but it’s getting warmer through the week. Might hit 53 today. A little snow Sunday night but just some frost this morning. The Sun will melt things off quickly.

Fatwa, I thought the same thing. That might not work as well as he thinks. I guess he forgot it was his “white people” who fought to end “black peoples'” slavery, ended Jim Crow laws, pushed through the Voting Rights Act, and set up the Affirmative action and welfare his people seem so dependent on. “White people” in this Country don’t have a good history of submission to fear or force. He might not like the result if he instills that fear he wants.

Remember when American Presidents tried to calm and avoid racial violence? It’s almost as if someone wants an excuse for executive action.

Remember when American Presidents tried to calm and avoid racial violence? It’s almost as if someone wants an excuse for executive action.

Plus, it’d knock Gruber and other “unfortunate” items out of the headlines, too.

Too many policies enacted in the aftermath of the civil rights successes of the ’60s have been an utter disaster, based upon results. I have been pondering for some years if this was done deliberately, and I’m increasingly leaning toward “yes”.

Which would suggest that I haven’t been nearly cynical enough.

Had not thought about Gruber but you are right.

I don’t think the Gruber imbroglio is going to be going away any time soon, despite the media’s attempt to downplay or outright embargo the story.

But I wonder why, with all of the damning material available on the internet, it took a “private” citizen to dig it out.

The Carolina Gold worked well with the pulled pork, but for beef and chicken I prefer the Kansas City style BBQ sauce. I think I’ll cook up some cornbread to go with more pulled pork sammies for dinner tonight.

Next time we purchase pulled pork from a nearby establishment (which does a really wonderful job with it), I will try the Carolina Gold on it.

But I wonder why, with all of the damning material available on the internet, it took a “private” citizen to dig it out.

Especially when one considers that one of the videos came from a PBS Newshour broadcast.

You don’t expect them to actually watch the shit they air, do you? 😉

The Carolina Gold worked well with the pulled pork

I tried that the last time we smoked a shoulder -- I like it a lot. Mr. X is going through the alphabet at H.E.B -- I swear their BBQ is laid out that way and it’s HUGE. He’s on Kansas City this time -- we’ll pick up a shoulder tonight, and then pick up some rub that was suggested by a very talented smoker.

We’re slightly above freezing, my tomatoes are ensconced in painter’s plastic and C-9 bulbs. We hit the high 60s starting tomorrow, so that can come down. Temporarily, I’m sure.

It’s been a hectic production run, probably because it’s my first as lead, and I can’t *quite* depend on my co-worker to pick up some slack (nor Teh Mangler™* [good gawd, no]). He’s smrt in some ways and dumb as a post in others (the ones I need most).

* This bastard decided that to clean up a certain query (which will continue to return results because they update sh¡t and this query is how we find out) he’d cut the link to the parent company’s database. In a meeting (with a couple peoples higher ranked than he), he claimed we were ALL doing it. I spoke up at that point mentioning a) my co-worker and I don’t have those rights, and 2) if we did, we certainly haven’t the first clue where to go.
He actually wussed up and sheepishly confessed he’s the only one who CAN break the link (no word on how he’ll know to reinsert it after production).

Said meeting taking two hours of precious time during last week’s press to get the damn books to the printer by Friday. Gawd. No wonder I woke up Saturday feeling like I’d been run over by a bus. 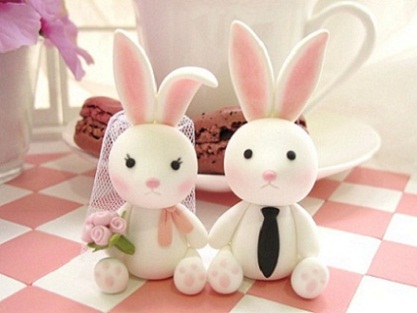 I’ve heard many good things about H-E-B.; if we ever get to Tejas, I wanna visit one.