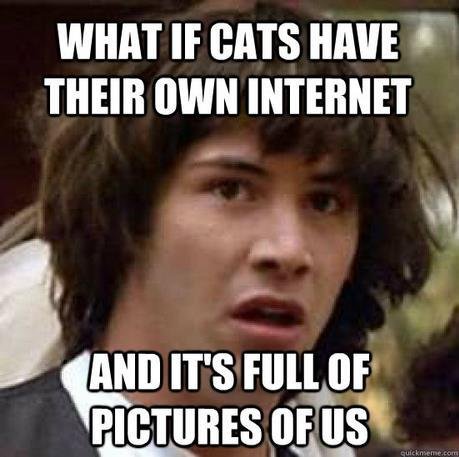 Hope Sven’s overnight project went as well as it possibly could have.

Thanks for that taste of Mountain Dew you left last night. 😉

Sven -- I hope last night’s viewing of The Nocturnal Habits of the IT elicited a few chuckles, since we all know they never go as planned.

Last night’s adventure went more or less OK. I finished up my obligations around midnight and at that time, everything was going good. Then it turned to not so good and much scrambling ensued. I left soon after while things were still in flux. Not sure how it all turned out; it will be a surprise to find out tomorrow.

I did learn something about the IT mindset though, and apparently young people in particular.

One guy’s wife is expecting their second child. The wife wants him to have a vasectomy as they both agree that they don’t want any more children. The guy is adamantly opposed, not to the idea of no more children, but he “doesn’t want anyone messing around with his balls” and the thought of someone “down there with a knife” scares him.

No offense, but from what I can tell, the wife wears the pants in that family so it’s just a matter of time before snip snip. I proposed a pool with yes/no bets that the deed will be done by the end of the year and I was willing to toss $5 into the yes camp. That hurt his feelings, that I questioned his resolve.

So then I tell him that everything in life is a negotiation, so what is he getting in return for getting neutered. He looks puzzled--what do you mean? I have to explain: your wife wants you to do this, so what is your wife going to do for you? Huh? Come on, stay focused: if you make this tremendous sacrifice, what does your wife give you. Oh, it hits him: so like she buys me a new XBox? Yeah, that would be cool.

He thinks about it. Well, she probably wouldn’t go for that, but I really want the new Xbox.

So now I know what this younger generation finds important, where their priorities are.

Sarah Palin on DC Republicans: “You know what? It’s not just the New England Patriots who are dealing with deflated balls right now.”

Hope the result of teh IT follies is a pleasant surprise tomorrow (i.e., from your standpoint something positive was accomplished which will make your job better).

An X-Box for a vasectomy seems like a lousy deal, but perhaps that’s just me. However, I liked the way you suggested your cow-worker “go big”. 😉

Hey, Sven! Love the story. I can imagine the counter-proposal from the IT guy’s wife if he decided to “go big”: how about I hand you your balls right now, then you won’t have to worry about seeing the doctor?

He didn’t seem to be considering the negative feedback options his wife has available but then he may already be familiar with them and that’s why he wants an Xbox?

Is Sven sure his cow-worker said “Xbox”?

Sadly, Fatwa, he followed up with “or maybe a new iPad” so I’m pretty sure he said Xbox.

Are you sure he hasn’t already been neutered?

Heh. That’s Millennials for ya.