Those are nice looking cats.

Congrats, Paddy, on completing this first phase of the fencing project!

Bummer about your drill going out at an inopportune time. But then again, there’s rarely a convenient time for a power tool to cack it.

In today’s Bizarre News, Akron, OH has itself a serial car carper caper:

AKRON, Ohio — The Akron man who set up a camera to find out who had defecated seven different times on his daughter’s car got the perfect shot on Tuesday.

It shows a man with his pants down, squatting over the hood of the car and looking directly at the camera. Akron police say the man has pooped on at least 19 other Kenmore residents’ cars since 2012. Several of those residents said that they believed they were being targeted by an unknown tormenter.

Huh. I wonder what terrible childhood trauma, or racist incident, or sexist incident, or bullying, led to this man’s unique form of expression? Although I guess it could be a protest against automobiles in an effort to raise public awareness to stop climate change greenhouse gas and all that.

Nice job that Eric Holder and his DOJ report did in Ferguson last night--two cops shot during the usual “peaceful” protests down there.

I was looking into rebuilding my cordless drill, but I ran into two problems: 1) I can’t get the chuck off (it appears to have a screw holding it in place, but instead of torx or socket head it’s just a round hole), and 2) the drill is obsolete and the parts have been discontinued.

So they’re still protesting in Ferguson? I guess nobody in the Administration has asked them “at this point, what does it matter?”

I applaud your interest in rebuilding teh cordless drill. But since electric motor technology has improved so markedly in the past twenty years, I think you’ll find something much smaller / lighter with impressive torque at a reasonable price.

Just got back from WaddleMart; I am more than a little tempted to take a Valium to “smooth the edges” a bit. (But I did find some reduced-price “USE OR FREEZE BY 2:23 P.M. TODAY OR FACE AN AGONIZING DEMISE FROM ECOLI OR SOME HORRIBLE PARASITE!” meat; teh yay!)

So you’re saying you found safe-for-human-consumption meat for less than $5/lb. ? Impressive!

I got a couple of 2-lb. packs of 75/25 ground beef for $5.21 each; they’re actually good until tomorrow. I’ve bought it previously and used it for all sorts of stuff with no ill effects (although the times I’ve made burgers, I’ve cooked them a little better than I normally would since I don’t have a meat thermometer).

Probably make some taco meat or sloppy joes out of one package and freeze the other. WaddleMart’s meat selection is somewhat limited, but I’ve been quite happy with the quality. There’s also a regional grocery -- Ingles -- which has very good meats and their sale prices are pretty decent; this week they’ve got bulk packs of cube steak for $3.98 / lb. (normally $5.49).

I’d go buy some, but I went a little wild last time they had it on sale and still have 4+ lbs. in our freezer. 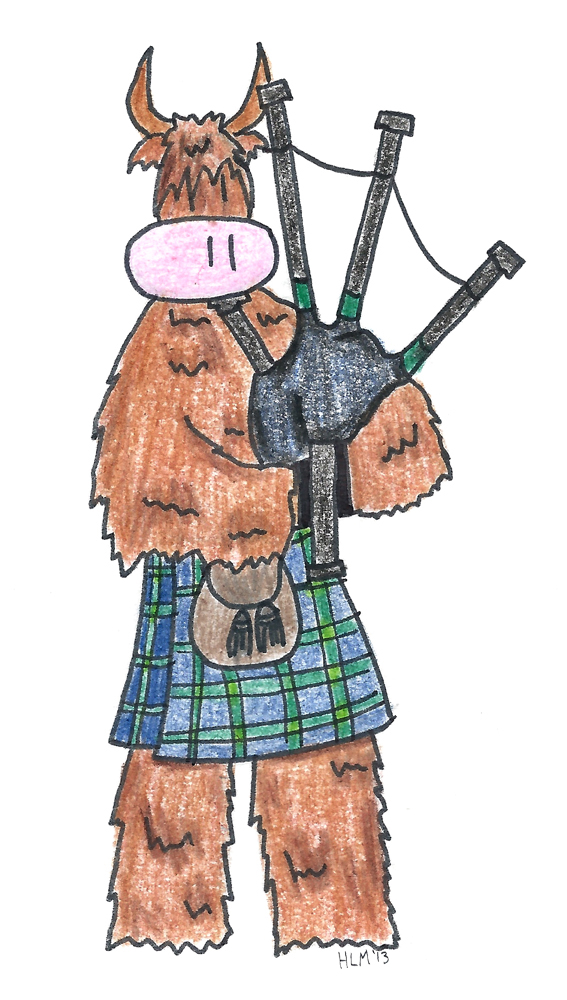 Well, kilted beef is better than