A blessed Sabbath, Gerbil Nation!
I hope our TX contingent are doing well.

We’ve decided to celebrate Mother’s Day a week late this year. Last weekend was really busy and delaying lets Teh Younger join in the celebration. Late this afternoon we’re going to take a boat out on the lake, then have dinner at a restaurant on the lake. Hopefully the weather will cooperate.

I recall Monty’s; ate at the one in Westwood once, including a basked potato the size of my head.

When I was working at teh radio ad production company, we had the contract to do AmEx vanity ads for restaurants in SoCal, AZ and NM. (They were the ones which opened, “Do you know me? I’m Joe Phabeetz, owner and executive chef at Phabeetz Phabulous Phelafel where we tadziki in our chef pants when you use the American Express card.”)

We did one for Monty’s. Monty and his sons show-up at the studio, along with the account rep for AmEx’s ad agency (who was a contemptible bint). Monty was probably in his seventies and seemed like a nice “old-school gentleman”.

His boys, alas, were entitled punks who were very vocal that they absolutely did not want the ad airing on any “urban” stations. They were, in fact, quite the little bigots even taking into account what I knew about the restaurant tipping habits of that particular demographic.

They were obnoxious enough about it that both the studio owner and engineer came within a hairsbreadth of chucking them from the studio, despite the fact that AmEx was an A-list account for us.

We also once did an ad for an Indian restaurant in Beverly Hills. The owner, from India, was a lovely guy, but had a tough time reading the ad copy. (Which is very understandable for someone who’s never been in a vocal booth before. It is exceedingly weird to hear your voice via expensive headphones and a $20K mic for the first time while reading someone else’s words. One is very self-conscious thinking, “is that what my voice really sounds like???”)

Not to mention the disembodied voices of the producer, engineer and know-nothing account rep also coming through the headset.

As a result, we did somewhere around ten complete takes of the :30 ad copy. And then I observed the engineer spend about three hours editing the raw tape with a razor blade and splicing tape. Including numerous edits between words and even between syllables.

With a razor blade, splicing tape and ears.

The resulting edit made the guy sound pretty darned professional; I was in complete awe. (And to this day, I am grateful I learned audio editing and production from a guy with that level of skill and artistry.)

Until yesterday, I’d never even heard of Kubota tractors. PapaK just bought a used three-cylinder diesel one for the new Ancestral Compound…and then late last night I saw your comment.

A Nigerian restaurant has reportedly been shut down for cooking human flesh and serving it to customers.

The police were tipped off by locals who suspected something horrific was taking place inside the kitchen.

WARNING: The article gets even more grotesque.

Was the place called Spiro’s? Was that the specialty of the house?

(One of my favorite Alfred Hitchcock episodes.)

Never watched that show, so I cannae answer.

It was season 5, episode 12. That used to be a family can’t miss when I was a kid, along with Twilight Zone and Have Gun-Will Travel.

Fatwa, I like playing around with video editing but the small amount of cutting and taping I did earlier makes me in awe of that kind of skill. That verges into magic to me.

That verges into magic to me.

While it’s technically easier to do in the digital age due to non-destructive editing, there’s still an art to making it sound natural or “right”. And the top-tier people still mostly do a tremendous job digitally. But I hear a lot of hack work; owning the first-class “means of production” doesn’t mean achieving a great result.

Digital editing also doesn’t provide the same visceral terror of cutting into a master tape. Or meticulously keeping track of the stuff you cut out in the event it turns out you need to put it back in. 😉

So while I very much appreciate the amazing -- and affordable -- digital technology, I’m very appreciative I learned my basic recording, editing, mixing and mastering skills at the tail-end of the analog audio era.

Plus, there’s an amazing amount of analog gear -- and hybrid stuff -- still being designed and manufactured because some aspects of analog tech “degrade” audio in aesthetically pleasing ways.

I learned how to splice audio tape from my Dad, but I can’t imagine the skill it would take to splice between syllables.

The studio in question recorded narration on 1/2″ tape at 30 inches per second, which made that sort of editing easier than 1/4″ at 7.5 or even 15 ips, but still…

I was taught the mantra “cut to the incoming modulation”. 😉

This is the same model we used: the Otari MTR 12: 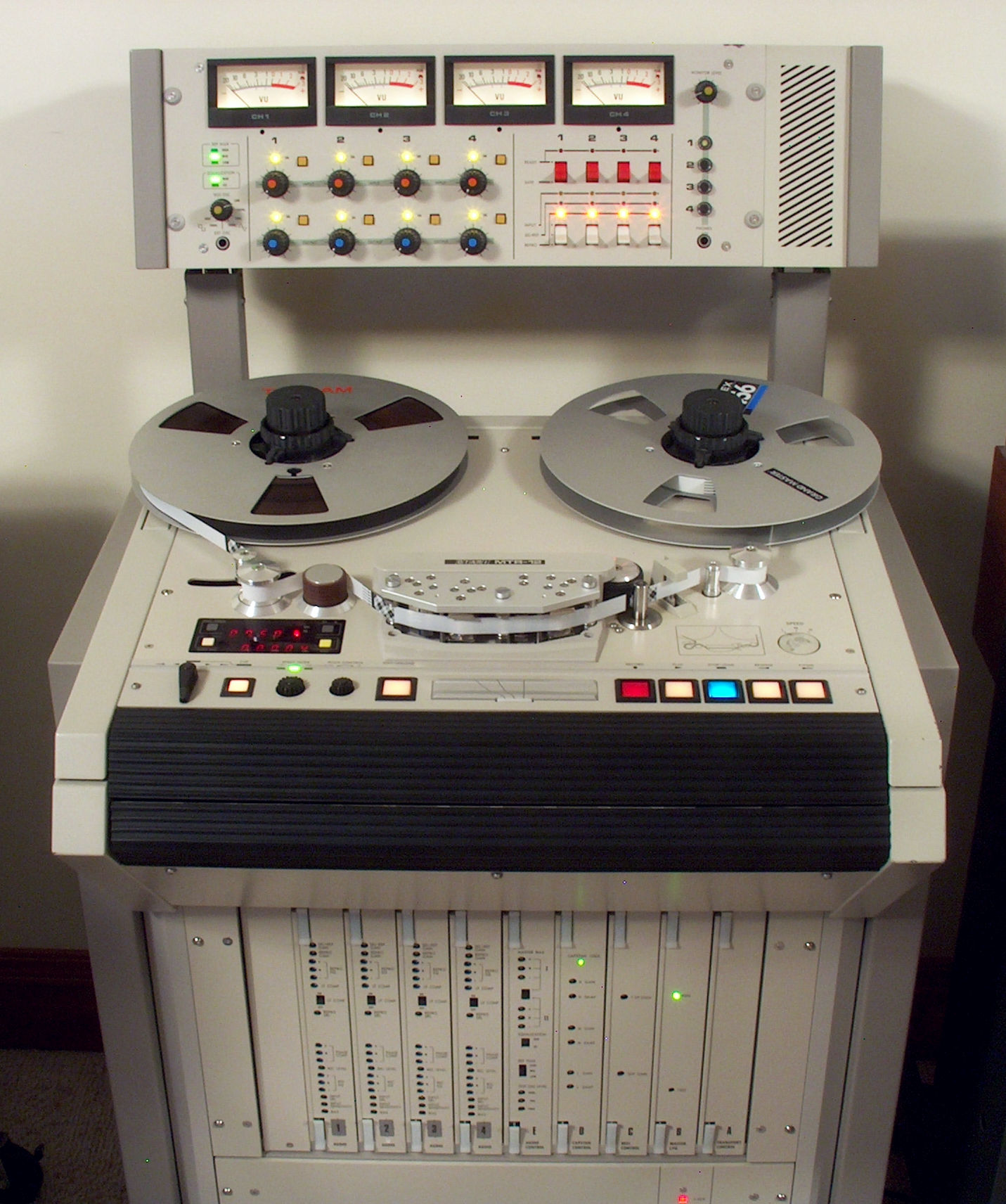 The edited narration was dumped onto an Otari MTR 90 24-track, which used 2″ tape also at 30 ips, so we could add music, special effects, dialog bites, etc.

The resulting elements were mixed down (manually; no console automation) back to the 1/2″ machine. The engineer and I were both happy I had a modest natural ability to ride faders; I got much better with experience.

But I sure do love the fader and effects automation in the software I use.

At one of the shops I worked at we made some fader or mixer levers for some company. It was critical that they work with no striction (motorcycle term but I don’t know a better one for that quality) or resistance to initial movement. I can understand why if you are using that kind of finesse. They used spring loaded Teflon feet against highly polished metal surfaces for tension.

That’s cool you made some faders. And you’re absolutely correct that they need to be very smooth and move freely while also remaining securely in whatever position they’re left.

My Dad had a similar looking tape splicer, too. Mostly used it to add leader to recordings he made of music he was working on. We had an old Pentron similar to this one when I was very young: 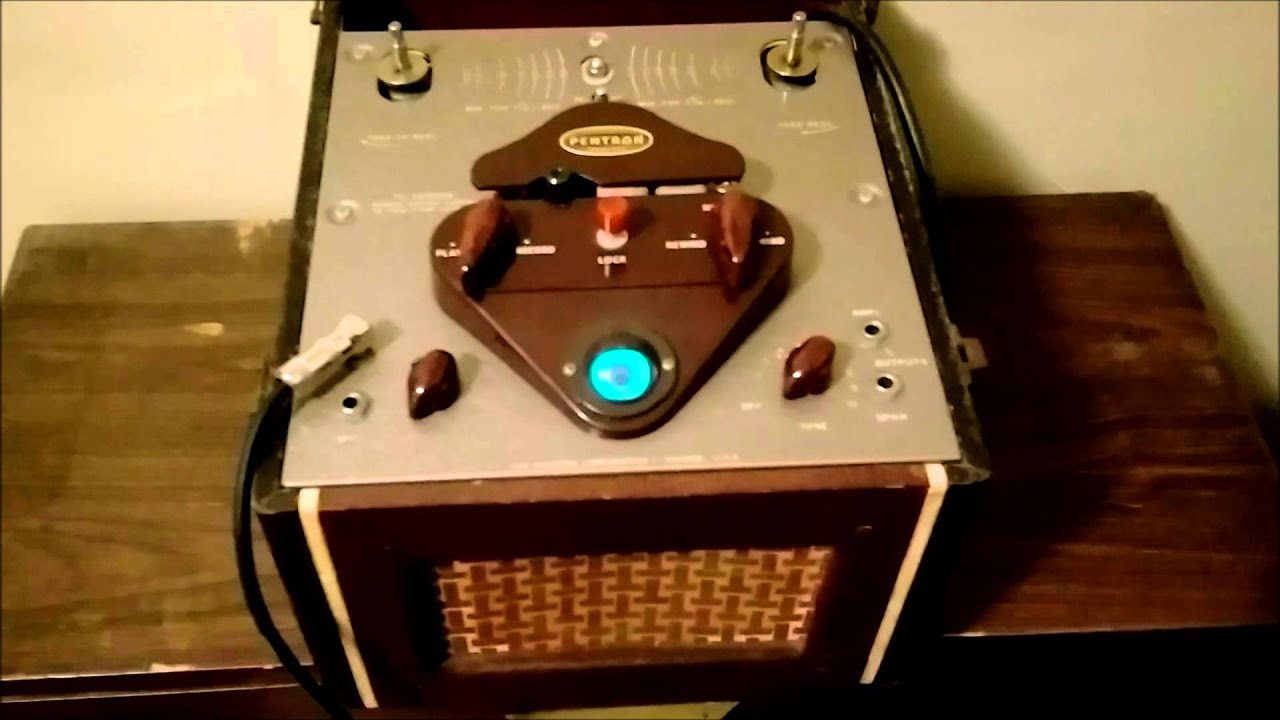 I still recall the smell of the tubes (probably some dust, too) and my fascination with the green eye when I was about four. Some years later, Dad got one of these Roberts:

After which Dad let me and my brother carefully play around with the Pentron. We wrote a bunch of crappy radio comedy scripts and recorded them with our cousin. IIRC, one of them was Batman and Robin vs. The Joker and his new weapon the Horrible Recircumcisor. 😉

We even added appropriate music from the TV series played on our Baldwin studio upright piano. Kept us out of trouble like making prank phone calls, setting off firecrackers and throwing snowballs at the aluminum siding of a neighbor we didn’t like.

Did it REALLY keep you from throwing those snowballs??????