Pleased to see that Mac seemed to have had a pleasant time yesterday.

Bright and early greetings from SoCal!

I have had a few crummy days lately, didn’t feel like jumping on teh wheel.
The lies and dodges from ” Matrix Absence Management” are just unending. Their name says it all. The last time BW talked to them, it put her in hysterics. I said no more. The next call came from a different guy, I told him she wasn’t talking to anyone from Matrix anymore & her could tell me the message. So the idiot started telling me the usual lies. I asked what his job tittle was. He said He was an “Accommodations Specialist” I told him that he wasn’t being very accommodating as far as answering my questions. Basically, he called to tell me that payments had been approved to a date that was already over . I told him that Jill, the incompetent claims person had already told us a different date. “Uh, let me check something…oh yes, that is the new date.” Ok, so where are the checks? She hasn’t gotten paid since July?” Anyway, it just deteriorated from there. Nothing was his responsibility or he had no info. I was trying to remain calm. But I lost it. I said something that I have new said before. I didn’t yell. I told him he “needed to look in a mirror and check the condition of his soul. ” He was shocked and then said that he has many friends and coworkers that like him. (When I told this to Dr. C., she smiled and said “Got defensive, did he?”) So then the next call came while we were at therapy. It was Monique Ybarra, Jill’s boss who was taking over BW’s claim. I called her back and identified myself and told her that it was no longer therapeutic for BW to talk to anyone from Matrix. She said she couldn’t talk to me without a singed waiver from BW. And that was ok. I did throw the guy under the bus by saying that he didn’t have a problem talking to me. Ha! They record all the calls and she probably heard them. I did manage to get in the “incompetent Jill” name a few times. So she said she would email the release form. Of course, she didn’t until the end of the day (this was on Friday). Then we couldn’t get our scanner to work and had to go to Office Depot to use theirs on Saturday.

Yesterday, she called back. It was the same old BS. There policy is to only approve a few weeks at a time, even though doctors may put a person off work for months. So the person is always waiting weeks and month for back pay. Then when their magic 3-week date is up, it all starts over again like it is a new claim that is “pending” and “under review” by their mystery “medical staff”. And you cannot get the names or even job titles of these mythical doctors and nurses. I managed to remain civil to her-I don’t know how. She has a script that she doesn’t deviate from. She is better at lying than “Incompetant Jill”. She didn’t get too defensive as I slammed her crappy company and policies.But in the end, I thanked her for taking over the case from the “incompetent Jill” and said that I’m sure we would be talking every few weeks as they call to dribble out the checks while we use up our savings waiting for them.
But I did not appreciate the fact that afterwards BW needed a calm-down pill and I took a half of one.

Looking up this company on google, it has a one star rating with pages of complaints. Some truly horrific stories of cancer patients and people losing their homes, due to non-payment. This is their business model. Delay, Deny, and Lie. Dr. C told us a couple of her own horror stories of dealing with them. They are well known -and hated- by any medical professional that has to deal with them.
On another, totally different subject. The internet of things is a wonderful aide when one is curious about things. Say, for example, you receive an email from someone in a company and look for her name on facebook. Because we live in “Look at Me” selfie taking society, you can see all kinds of things. Like looking at a heavily-made-up twat that loooves to talk gansta with her friends. Somebody that seems to go to the gym everyday after work, but is still a pig-faced fattie. Maybe the gym doesn’t help when all your activites involve getting drunk and eating out. Oh and those two kids were cute when they were small, but the boy is starting to get fat, too. Throwing in a few Joel Osteen quotes isn’t going to help your soul while you make a living crushing sick people. And, no, telling yourself you are a strong woman who doesn’t need a man doesn’t work when your 8-9-10 yr. old son is trying to get you to sign up for dating sites ’cause he “thinks you need a boyfriend “. So it is back to following sports teams-looking for a man, drinking, eating, and getting “You go girrrl” feedback from your low-life friends, never dreaming that you have been outed as an idiot on the internet of things.

I am soooo stealing that!

Sorry for the continuing troubles, Rabbit. Thoughts and prayers for you and BW. Hang in there. As someone once said: this too shall pass.

Hey!
Ya’ll snuck in while I was slow-ranting.
So, Mac is a celebrity hermit now? What is the name of the show?
Cali, your outdoor shower sounds great!
Today is the last day of summer for most people. We don’t usually give up on the heat until the fair is over (93 today). The Great State of Texas Fair starts on Friday. During the three week run, we usually have sun, rain, and some times ice. Fried, on a stick. Ha!
See ya later.
(POO-f)

So sorry that you and BW have to deal with additional bushwa on top of everything else. Criminy!

Hope that “Big Tex” doesn’t catch fire this year at the fair. 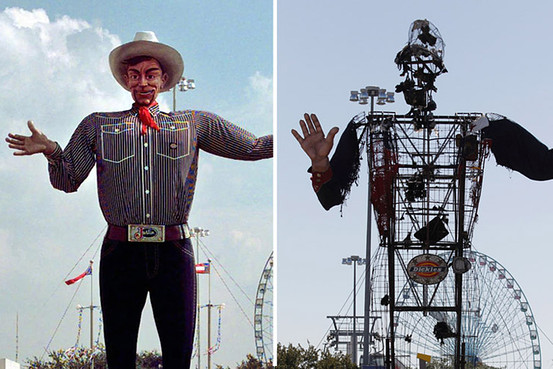 Decisions, decisions..
I thought I found the perfect Propane tankless water heater for the outside shower. Eccotemp L7 Portable Tankless Water Heater
…until I read the reviews on Amazon. It either had 5 stars or 1 star. There was no in between. People either love it or hate it although there were more 5 star than 1 star reviews.

Now I’m not sure. Maybe we should go with electric.

Yay for Mac! I bow down to your greatness!
Boo for Rabbit’s follies! It’s gotta get better, right? I hear you about checking out peoples facebook profiles.. Ive done it a few times with strangers that post stupid comments to news articles and find after checking the profiles, it just aint worth even a snarky reply back.

Rabbit, the show is called “Titan-American Built”. It is on MAVtv and I think it is on iTunes and Amazon. He did call me up and tell our story nut I doubt that will make it into a show. Never know. In any case it would not be until later this year. He gave a talk to a group of students at the Lincoln Technical School in Grand Prairie and today he is delivering a titanium steering assembly they made to a drag boat racer nearby. It was an interesting facility and it was fun to see the interest in some of the students’ faces as he told his story. He is good at reaching these young people. He has a Facebook page and posts pictures and video clips there.

Please keep us informed, Mac. I’d love to see it.

RabBiT -- I’m sorry you and BW are having to go through all this carp. There should be a special place in hell for people who make their living by pulling that shite.