I hope y’all enjoyed your one hour less of sleep. I know I sure did!

Here’s an extra large coffee to help you cope: 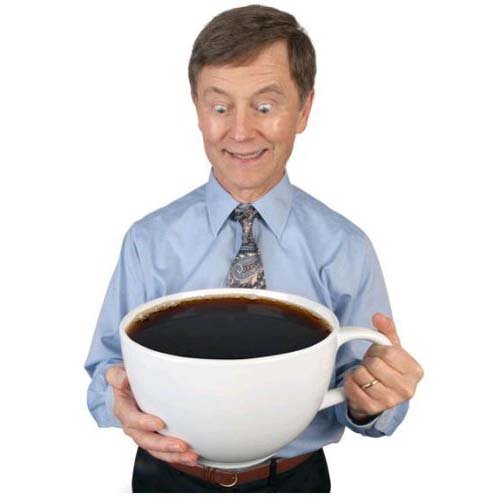 Discovered last night that Cal Tech has made all of Richard Feynman’s physics lectures available online at no cost.

I feel quite violated by my missing hour. Sucks.

While I was sleeping the other night, Microsoft, out of the goodness of their hearts, upgraded my OS to 10.0 or some such thing. I was just getting used to 8.1.

There’s a bad odor in our house. I think it’s the smell of America dying and the advent of Trump-fascism.

Or it could just be a dead rat in the attic.

That is one ugly looking cat, Fatwa.

I’m getting too old to be clumping around in the attic. As usual, I was unable to find the source of the smell, but did put out more traps and some odor eliminating stuff.

In going through boxes of my father’s papers, photos, etc., I found a clipping from a military newspaper that I’d like to share with you. It concerns a memo sent by the Atomic Energy Commission to Vice Admiral H. G. Rickover:

Rickover, who frequently lectures American educators on their shortcomings, is supposed to be one of the smartest men of the military services. But a routine memo from the Atomic Energy Commission recently even stopped him. It read, in part:

“The concept of a parallel internal list of topics in addition to those which are specifically identified for near-term submission to the BOB (Bureau of the Budget) recognizes an Agency need or interest for initiation of study activity in areas in which it is clear prior to completion that discussion with BOB will be warranted, or which may represent possible early phase or more formal studies later or which may require an extended period for completion.”

Instead of replying in kind, the admiral shot back a memo which said “I have spent much time reading this document; unfortunately, I cannot understand it.”

That’s some vintage bureaucratese right there.

I wonder which BOB they were referring to: Microsoft Bob, or Smiling Bob?

Admiral Rickover was an interesting man. I read about him many years ago as I was interested in both submarines and nuclear power and weapons and kept running across references to him. I’m not sure he is a man I would have liked and I don’t think I agree with all his ideas but I do think he was probably the best man for that important job and we were lucky to have had him.