Whatever beverage is depicted in Joe’s thread GIF: Do. Not. Want.

I searched images for “awful coffee” and found this: 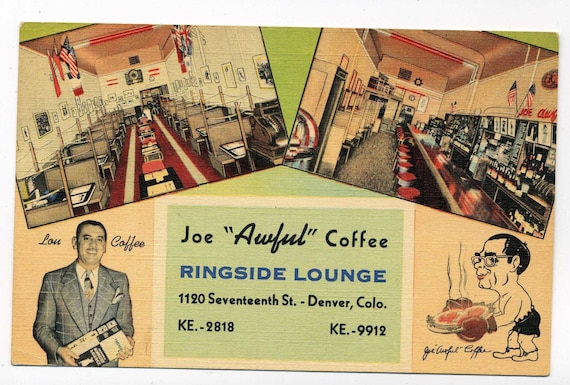 Synchronicity for teh win! (Although I suspect Mr. Schmo’s coffee is, in fact, not awful.)

“Religion of peace” is peaceful:

A Florida man was arrested last week for intending to use “a weapon of mass destruction” at a synagogue near Miami, according to federal authorities.

The FBI says the man never possessed an actual explosive weapon, but instead got an inert device from a bureau employee working undercover after a weeks-long probe.

Officials said that they began investigating James Gonzalo Medina in March after learning that he had discussed wanting to attack a south Florida synagogue. Medina, 40, of Hollywood, Fla., was arrested Friday while carrying the device toward the Aventura Turnberry Jewish Center, which is also home to a Holocaust memorial and an education facility for children.

Medina is described by the FBI as having converted to Islam about four years earlier and wanting to attack a synagogue “because Jewish people are the ones causing the world’s wars and conflicts.” In a transcript of a recorded conversation with the FBI’s unnamed source, Medina says that he wanted to “strike back” against Jewish people, adding: “It’s a war, man, and it’s like it’s time to strike back here in America.”

When an FBI employee posing as someone who could deliver explosives to the plot area asked Medina why he wanted to bomb the synagogue, Medina responded by saying it was his “call of duty” and something he had to do “for the glory of Allah.”

The FBI also alleges that Medina wanted to make it look like the attack was sponsored in some way by the Islamic State, because he felt that “would go nationwide and inspire other Muslims to attack as well.” Medina is also quoted as saying: “Next thing you know it will be in California, Washington, and the brothers are saying you know, it’s our time now.”

“We’ll be there within the hour!”

wanting to attack a synagogue “because Jewish people are the ones causing the world’s wars and conflicts.”

The Jooos in Florida — causing long lines at the buffet. That PoS Reince said Drumpf will be the presumptive nominee and we all need to unite and focus on beating Hillary.

The Chalkening on a bike path!

F*ck Trump. That is all.

At least now I can cast a vote for Sanders in CA and mess with Hillary.

I’m in real pissy mood right now. For all the sh*t that Cruz withstood from the GOP, he lasted a lot longer than their darlings Bush and Christie.

So now the GOP gets what they deserve. Good luck with that.

And we take it in the shorts.