Thanks to you chaps for horsing around yesterday; too bad it literally drove Sven buggy. 👿

A new lawsuit filed by an American woman alleges that she was subjected to an unconstitutional search by border agents and then an extensive cavity search by a male doctor acting on their orders.

And after this poor young woman was kidnapped and sexually assaulted by a doctor courtesy of our government:

The Arizona Capitol Times quoted Marchetti as saying that her parents were also served with a $575 hospital bill.

That’s rather like the old trick of executing someone and billing the victim’s family for the bullet.

I disagree. The execution would have followed a conviction under whatever passed for due process. This young woman was never convicted of anything. Was she even charged with anything? I think we look rather bad by comparison with the regime mentioned above.

Was she even charged with anything?

Does the $575 hospital bill count?

It does not appear she was ever charged; the CPB was just “investigating” her orifices. She never even received the “course of treatment” (x-ray) which was authorized by CPB’s Treatment Authorization Request.

Been interesting to see that some members of our Congress *cough* Senator Joe Manchin (D-WVA) *cough* have been bitching about how “due process” interferes with unconstitutional things they’d like to do.

Yee gads! I remember reading that story back when it first happened, and a couple of others like it, involving not CBP, but state troopers.

Obviously we don’t need guns, the government goons are there to keep us safe.

Between this sort of stuff and civil asset forfeiture abuses, I’m of the opinion that the War on Drugs People is the policy most corrosive to basic Constitutional (and human) rights in our formerly free country.

And it is the rare politician who will speak out against it.

On Thursday, Blöm and his wife Marin Howarth told staffers the experiment would end Friday at the South Coast Collection restaurants. Starting Friday, roughly 20 front-of-the-house employees – from servers to bartenders – will see their pay go back to the $10 minimum wage but can now accept tips. Most were getting at least $15 a hour.

What I found most interesting was the prices.

Menu prices at ARC will revert back to pre-April prices, roughly 20 percent lower. At Restaurant Marin, a modern diner that opened in April, prices will also drop roughly 20 percent. At Marin, a large bacon and egg breakfast sandwich was $22, and refillable coffee was $7. On Friday it will go down to $18 and $5, respectively.

Not my idea of a diner.

Not my idea of a diner.

I can’t imagine why not…just ’cause they were charging $22.00 for a freakin’ breakfast sammie. Even if they crank it back down to $18.00.

Asinine…unless every dish is garnished with edible gold or some such other pretentious, conspicuously consumptive “presentation”.

But certainly not diner-like; gimme Waffle House any day.

Here are pics of some of their offerings: 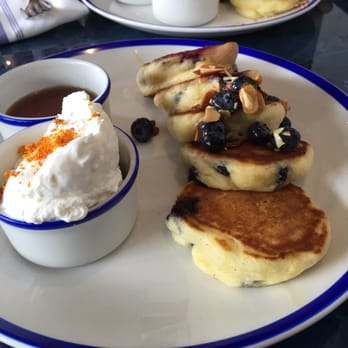 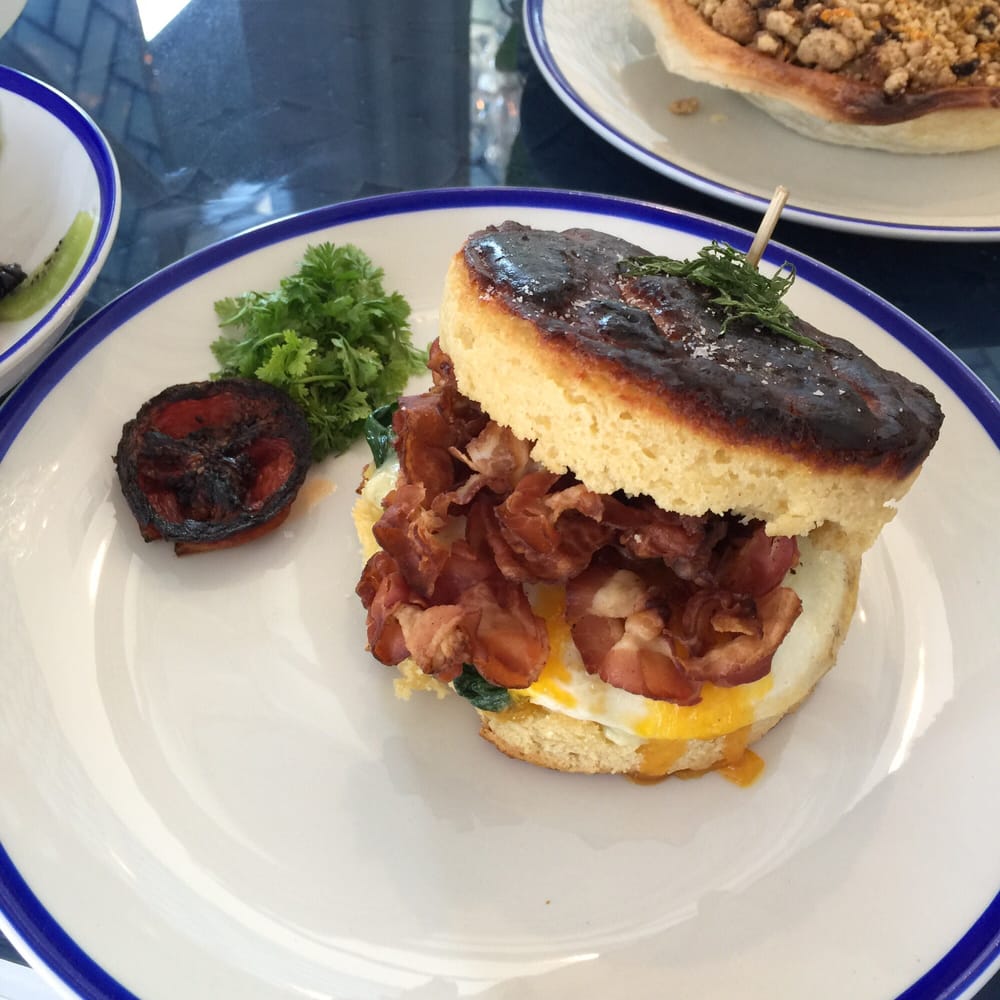 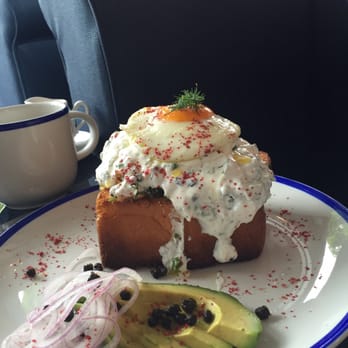 OTOH, I could simply be an ethnic stereotype. 👿