Excellent thread pic, Mac; anything which terrifies kids is cool in my book. 👿

If only the Lion of the Senate was still around to lend his support.

He could have given them all a ride home.

I’m thinking that little petulant frenzy in the House was a distraction from stuff like, oh, the Orlando murder spree by a member of the Left’s “most protected minority” and/or the FBI losing track of Mrs. Mateen. (The latter of which I believe was deliberate in order to avoid an embarrassing investigation and/or trial.)

A carp-tonne of idiots turned-up in downtown Cleveland yesterday for the Cavs’ victory parade. 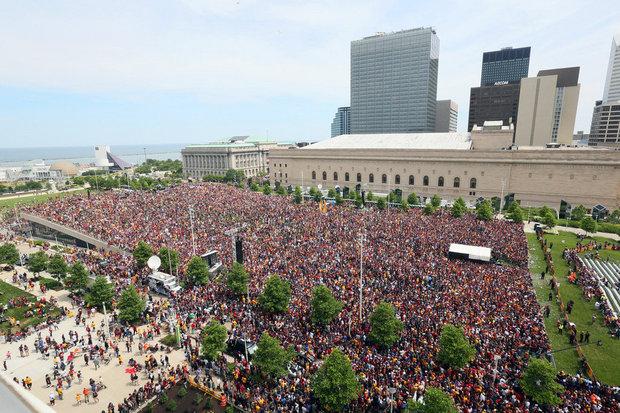 If these same folks were to put 5% of the time, energy and enthusiasm they expend on sports into keeping an eye on their public officials and bureaucrats, perhaps the city and county would be less of a cesspit of waste and corruption.

A big day in Great Britain as the Brexit vote happens today. And the Dems are still mopping the House floor with their expensively clad bottoms.

Dunno if yesterday was actually good practice since there weren’t really any protesters / agitators as there will assuredly be for the RNC.

It looks like the Brexit vote’s going to be close.

The House Dems can go stuff themselves.

I despise the Left in general and Washington Dems in particular, but they do good theater and marketing--much better than their Republican counterparts. It probably helps that 95% of the media is behind them, but our side isn’t helping matters by not directly taking them on.

Oh well, so it goes.

I was talking to a liberal Brit at work--someone who has lived in America for most of his life--and he headed home last week for the vote today. Surprisingly, he sounded like a Conservative when speaking about GB: the loss of cultural identity, them paying for slackers like Greece, dislike of being told what to do by other countries, etc. Quite ironic as when he talks about America, none of that matters.

Off to teh bestest place ever! Good day, all.

I was talking politics with a friend of mine on the archery range yesterday. He’s looking for a cabin in the mountains far away from everything and everyone.

By the time the House Demwits are done throwing their temper-tantrum, the media will claim that the FBI losing Mateen’s wife is “old news”.

…the media will claim that the FBI losing Mateen’s wife is “old news”.

Um, the FBI lost whose what now? 👿

Apparently yesterday’s Chik-fil-A-fueled (yeah, they actually had some “hate chicken” delivered at one point) sit-in House shenanigans were also the excuse for many solicitations for money.

Huh. When I left work earlier today, all the talking heads were saying GB was staying in the EU--now it’s like, uh, maybe not.

Watching BBC--this is exciting! I’m behind the Leave contingent and every time some weird little English place like Gobbler’s Knob votes to leave, I cheer.

Looks good, Sven. I agree it is best.