Here’s to the RNC convention!!1!

Teh inviting streets of downtown Cleveland: 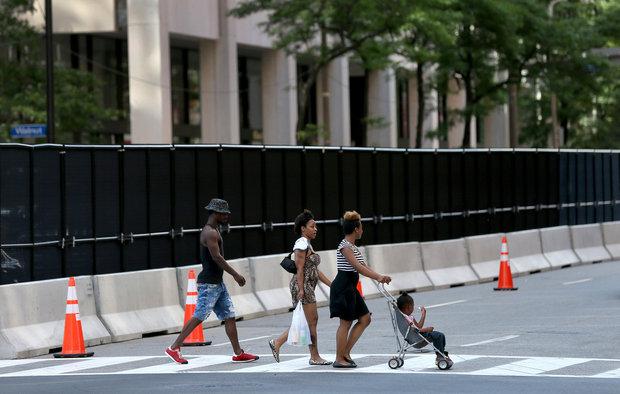 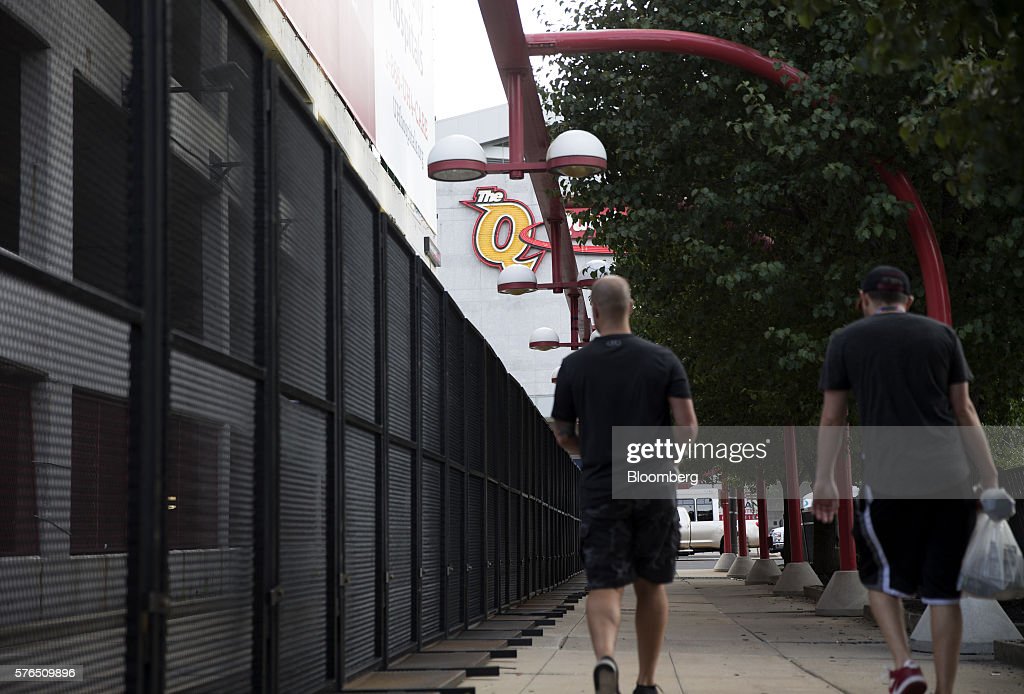 This is an oldie but goodie:

After the convention, all those miles of fence in Cleveland (which they probably won’t ever need again) are likely to get shunted off to a warehouse owned by a crony, who will charge more than the going rate. I also predict that the fence will be sold or scrapped down the road, while the taxpayers keep getting charged for storage.

Until an audit discovers the fence sections are missing, at which point there will be some sort of half-assed “investigation”, officials will throw up their hands and say, “We dunno what happened”, some lackey might be charged, the case will go nowhere and that’ll be the end of it.

The Republican National Convention starts today! The excitement in the air is so palpable you can almost smell it! Oops, my bad. That’s just the smell of fear of the party bosses as they struggle to regain control.

Fatwa -- I think you missed the possibility that someone will call for the creation of an updated, computerized, inventory control system for the city/county to prevent this from ever happening again. Of course, we all know how government IT projects work out.

I love the smell of GOP gear in the morning; it smells like Karl Rove and Reince Priebus. Ewwwww!

As re the inventory control system, they’ll just hire an incompetent crony -- at 3-4 times what it should cost -- who won’t deliver but will get paid, anyway.

Back from jury duty. It was a case about electronic harassment. Ya, I know a little about that. They did not pick me. Do you think it might be because I argued with the defense lawyer and accused him of sanctioning taking the law into one’s own hands if one feels in the right? I rather suspect that but I could see other possibilities from both sides. Voir dire (pronounced with a long I in “dire” here) can be interesting in Texas.

Skipped my two pills for diabetes this morning so eating lunch bow and will take them then. Blood reading when I got home was 112 when I got home so that was probably a good call. Then a nap!!!

Arguing with lawyers? Tell me it ain’t so! LOL

Not surprised you were voir dired; thanks for teh regional pronunciation note. 😉

Enjoy your lunch and nap.

Or maybe those are the signatures of delegates calling for a roll call vote on the rules change.

The Lutheran Pietists are at it again -- this time on a train in Germany. It took a while for the identity of the axe-wielding pacifist to be released, but we now know it was a 17 year-old refugee from Afghanistan the Amana Colonies, shouting Allahu Ahkbar Verbum Domini Manet in Aeternum!