Those were some seriously hideous jeans you linked to in yesterday’s thread; gaaaaaaaaaah! Dunno why, but they reminded me of some of the fugly jeans from the late ’60s / early ’70s.

And yet, there are even worse jeans out there: 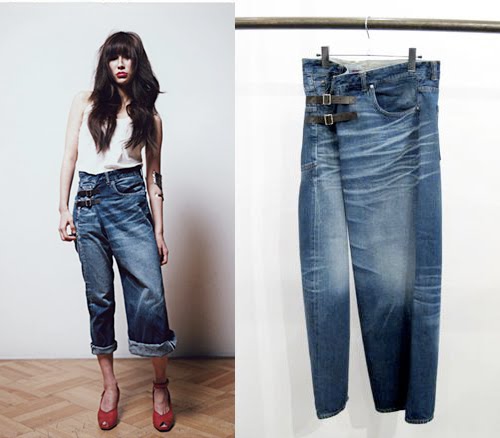 OK, the jeans in the top left look like my Thai yoga pants (which are essentially wrap-around pants) but they’re *supposed* to look like that!

I’ve been awful about checking in, and it’s really not enough to say I think about y’all everyday (and I do pray too).

I don’t have a real good excuse -- especially since I can chime in to add to Sven’s tales of the Happiest Place to Work Evar!™.

OK. I’ll offer one in a minute.

I resolve to do better … starting after the 9th of May because I’M GOING ON VACATION dammit, and I’m trying to get down to only three things Mr. X will have to worry about while I’m gone:

a) Feeding himself;
ii) feeding the dogs;
3) checking the garden to see if it needs water.

I may just pull it off.

AND. I’m faced with a challenge that I think a certain Gerbil here may be able to help me with (::cough:: Mac ::cough::).

A couple of weeks ago, I was cleaning out the junk drawer (ask Lovely Brenda about that thread on Facebook), and I found a watch that was a serious favorite of mine until the band broke.

Thinking my Google-skills had matured since the last time I tried locating a replacement, I searched again. And, yes! who to contact for replacement.

I called them. And was informed that yes, the band had been available but they’re completely out of them and no, no one makes them anymore.

I looked and saw the watch again this morning, and thought, “OK, so Mr. X says he doesn’t have the skills to adapt it, I probably need a machinist. A machinist? Hey!!!!”

It’s a Nike Oregon Series Analog Chronograph and looks like this:

As you can see, the band was rubber/polyethelene and actually wrapped around the back of the face.

But if I can convert it to a regular strap … and this is where you come in Mac … that’d be glorious.

I don’t know if the gap is too wide for posts, but take a look and let me know. 😉

Sorry Tex. I have not owned or worn a wrist watch in over 35 years (got smashed against the side of trucks when unloading plumbing supplies). My eyes are too bad for me to see much in the picture. If I had machines I could try to make an adapter to hold the watch and take standard sized bands but I have no access and would need to have it in hand to measure and examine. Sorry.

This amused me. (*Warning* NSFW due to disparaging terms)

Alas, I cannot take credit for any of those faaaaaabulous denim designs.

It’s difficult to imagine that someone thought those were good ideas.

OTOH, Brooks Brothers ain’t what they once were, either. Almost none of these sport coats look like they fit properly:

Is puckering a thing now? Some of those combinations are bilious, too. 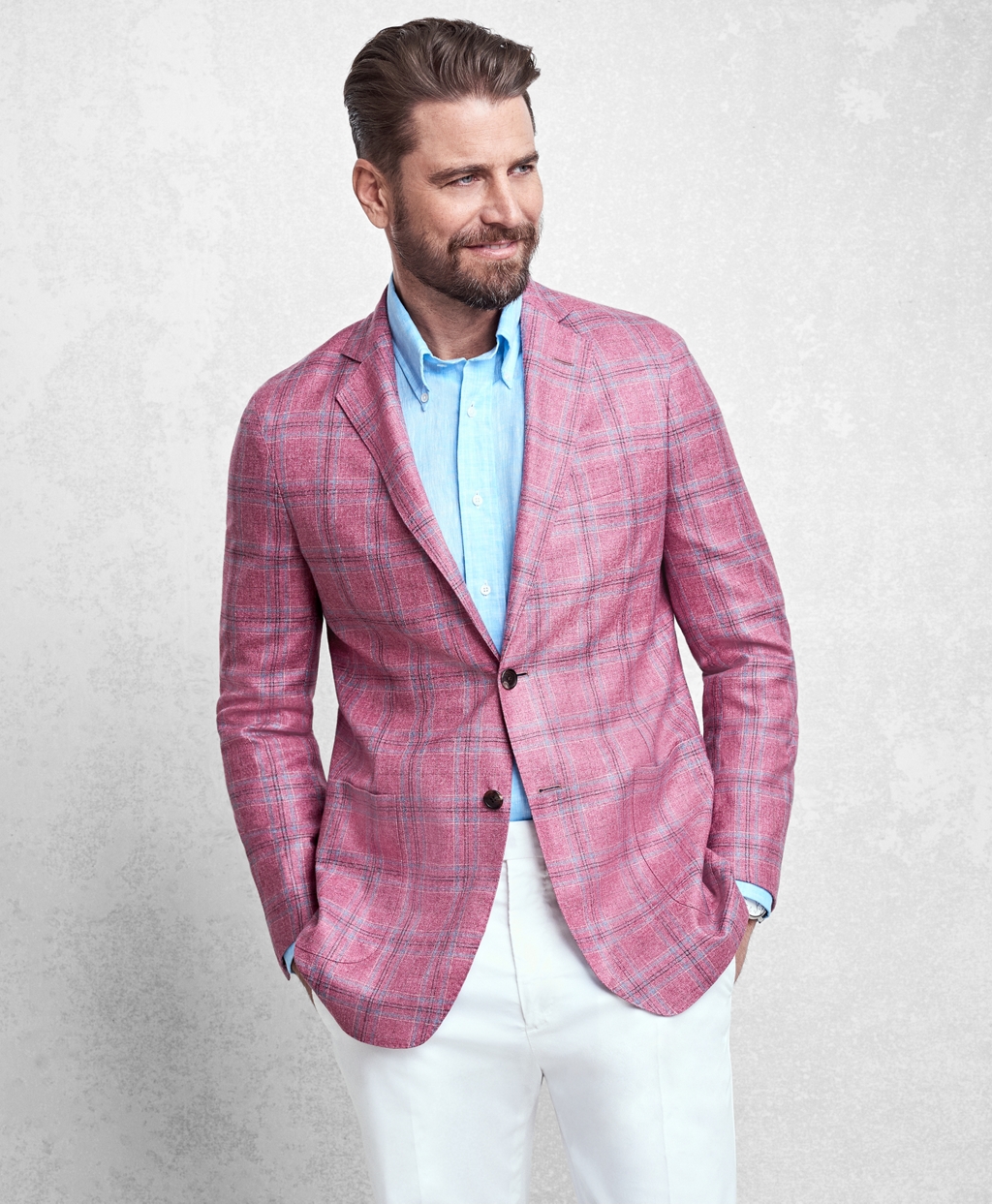 Is that from their Spike Jones Collection?

I thought it was from the Herb Tarlek collection. Well I can’t tell if Ann Coulter is off or on for Berkeley tomorrow. Confusing mixed reports from the media.

And you know what? I wish Trump would announce that next week that he is ordering raids on all California medical marijuana shops as they are violating federal drug laws. And then say maybe he won’t do it if CA drops its idiotic sanctuary city routines. I’d like to see my state bitch slapped a bit. We deserve it.

OK, so now for my Happiest Place of Work Evar!™

I shit you not, this one’s three days old.

Around this time last year, Teh Mangler™ (who’s actually stopped fvcking with thing), decided that my cow-worker and I needed to switch jobs so we could learn each other’s. Even though I *had* done my cow-worker’s job. For. seven. years.

After a day of doing solely my old job, I thought, “Oh, hell yes.” So easy. So relaxing. And uninterrupted by nagging emails from stupiT people.

A job that took around five-to-six years to run my ass to the ground tore him up. In SIX weeks.

He started squealing like a girl, “ZOMGZOMBIERHINOFROMHELL this job is too much for one person! X *has* to share this job with me!”

For which he campaigned at every opportunity.

Here we are about eight months from the day he took over, and the “Duties” document describing how we’ll achieve this sharing is done and approved (I wrote it) -- by our manager and by his bosses. We decide on the date we’ll start this endeavor, Monday April 24th.

The email to our contacts and customers goes out, everyone, including us gets a copy -- and we’re off.

Shortly after the email goes out, my cow-worker calls. He’s looking at the tracking file of vehicles on the list for 2017/2018 and has a coupla questions. All asked and answered. As we sign off, he says, “Now it’s been almost a year since I’ve done any of this, don’t expect a miracle right out of the gate … I’m a little rusty.”
o_0
Srsly?!
:: shakes it off ::
Evs.

Yesterday morning he calls, “Are you trying to make me look bad?”
“What?!”
“You’ve got so much done already. I won’t be able to keep up. Why do you have so much?”
“We’re in our first week of this. We’ve been shut out of our own database for production for a month in preparation for the May release. And I can only comfortably fvck off for maybe one day a month, and it’s way easier if I’m frozen out of my own database when that happens. The rest of the time we wait, I get bored. When I get bored I start digging for things to do. A lot of what you see are those things.
We. just. got. unlocked. YESTERDAY.
Relax.”

I told Mr. X the story and he howled. “If he wants to BE you, then maybe he should learn to work as hard. As YOU.”

Srsly, this cat’s slow enough to justify his taking a day off during production (which usually isn’t allowed) with, “X will find any problems LONG before I do.”

And now, back to my reign on the couch.

“Are you trying to make me look bad?” A man actually said that? To a woman? Sheesh.

Now I know why we call it the Golden State -- plenty of gold hidden all over the place.