Me when I find plants in the bathroom.
11 Comments
Oldest
Newest
Inline Feedbacks
View all comments

I share Thread GIF Pug’s opinion re plants in the bathroom, Mac.

Looks like the FBI, SS and other “authorities” once again have some ‘splainin’ to do re the TN Waffle House shooting. As Auric Goldfinger said, “Once is happenstance. Twice is coincidence. Three times is enemy action”

This is far more than three times, particularly for the FBI. Perhaps they should spend fewer resources on trying to overthrow a duly elected POTUS and more of them doing their actual fucking jobs.

I am not a huge fan of Trump but I really don’t like what the Deep State’s been doing to him. As cynical as I’ve been re the FedGov for decades, Trump’s election has demonstrated I’ve been nowhere near sufficiently cynical.

A better action than what Harvey Weinstein does when he finds plants in the bathroom.

Federally mandated, state mandated standardized testing is going on for the next few weeks. How does that work in an online school, you ask? We find places all over the state -- churches, community centers, etc. -- that will let us use their space and have internet access. We assign the students to a location near them, a bunch of them gather there, we bring the laptops and routers, and they take the tests while a bunch of teachers watch them. Some of the special ed students take the test 1:1 with a teacher or in a small group. This morning I get to drive out to Menifee to proctor a student. Then I’ll go back tomorrow for the second part of the test. Ain’t life grand!

Menifee? Never heard of it. Is it near BFE?

Pretty much. It’s east of Elsinore, north of Murrieta, and south of Perris.

Freakin’ Menifee?!? There’s no good way to get there from your location, is there?

Hope you get reimbursed for mileage (or can take the deduction on your taxes). 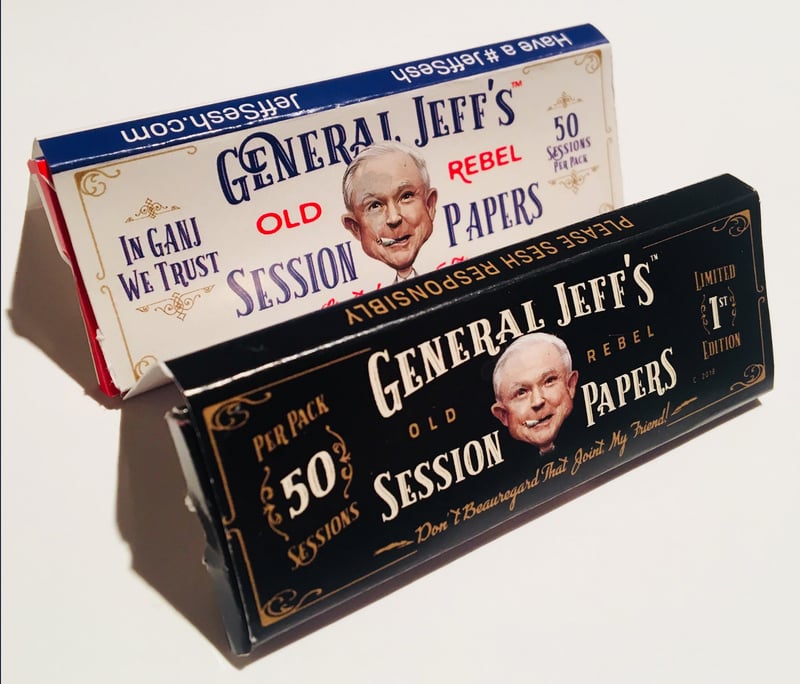 “Don’t Beauregard That Joint My Friend”…heh!

(This is a for realz product; always appreciate mockery of the deserving.)

I admit to being tough on cops, but this Deputy deserves kudos:

A Florida school resource officer was hailed a hero after immediately jumping into action and arresting a man who was suspected of shooting a student Friday.

Deputy James “Jimmy” Long of the Marion County Sheriff’s Office was hailed a hero by his colleagues Friday after he arrested the suspected gunman Sky Bouche just three minutes after he opened fire at Forest high School in Ocala, Fla. Bouche allegedly shot through a classroom door and pellets hit a 17-year-old student in the ankle. The student was taken to the hospital with a non-life-threatening wound to his ankle.

Wonder why this school shooting didn’t cause a ripple? (Came across the story randomly.)

This is from Pixy Misa, who keeps AoSHQ (and other blogs) up and running.

Yeah, that explains things. I should have known there’d be a law.