That clunk and surge backward sure felt good.

I found that a literally hair-raising tale, Mac…dayum!

A truck really picks up speed FAST when coasting down hill.

I remember my Dad explaining to me as a kid why they had truck ramps at the bottom of long inclines along some stretches of interstate (probably in PA). which extended a good distance up the next hill.

Already understood the basic concept of kinetic energy -- because junior physics geek-boy -- but found those ramps to be a visceral example of same.

Also had no idea -- until I read your comment -- that there was such a thing as a two-speed axle. Thanks to YT, I now understand the basic concept.

The big rigs may have six speed transmissions and three speed axles. I would not want to have to keep tract of that. The engines we used had an rpm range about 600 rpm wide. The bigger rigs might have only 300. You stay real busy shifting in traffic. You have a floor mounted shift lever for the transmission and a push/pull knob mounted on the shift lever where your fingers can operate it for the rear axle. The order is not constant, sometimes you shift from low to high in the same gear and then low in the next gear, other times you shift from low in one gear to low in the next and then high in the lower gear and high in the next. You had to remember which to do in each gear. It could be confusing when working down through the gears on a mountain road. Once you were cruising on the freeway it was nice. On long hills you wanted to keep the turbo boost up so you could pull the hill at speed. If some idiot passed you then cut in and slowed down you had to lift off the throttle. This made you lose boost and you just had to start working your way down through the gears. Instead of cruising up the hill at 60 to 70 you were clawing up at 45 and could not get higher. There were words said.

I remember the same reaction when my father told me about those ramps, Fatwa. It was really brought home on one trip back over HW 17 from the coast when I was a kid. The whole family was in the big station wagon and we started to slue and sway badly on the turns. My mother asked my father why he was going so fast and my father just answered quietly that he had no brakes. He was a very good driver and kept us on the road but it was a wild ride with this huge boat of a car sliding and drifting badly. When we reached the bottom and he got us stopped on the shoulder the breaks cleared. He thought it might have been a rock in the brakes somewhere but we never knew as they never did it again. I never forgot that ride and sure had confidence in his driving after that. He had driven buses in San Francisco for a time so I understood later.

Had no idea semi tractors have such a narrow RPM range (although that makes sense, recalling how often they shift from a standing start and how slow they are off the line).

The runaway station wagon tale caused my ‘nads to relocate to the vicinity of my epiglottis; ho lee fook!

When I first got my license, the main vehicle I was permitted to drive was a ’71 Ford LTD wagon (which was a lease via Dad’s employer, as he’d have never bought one of those). Had a good bit of power, but the suspension and tires were not very stable at much over 70 mph (as I know from being a young moron.)

OTOH, we could cram a lot of music gear into that pig for getting to gigs…including drum kits, upright basses, PA systems, keyboards and other assorted amplification.

(I am exceedingly appreciative that keyboard instruments and amplification have gotten immensely smaller, lighter, reliable and “smarter” as I’ve gotten older.)

My dad drove both single and dual trailer rigs for a time between the ages of 15 and 17. He lied about both his age and driving experience (he had none) to get a job driving box trucks. He was hired on a Friday with the job set to start on Monday. Over the weekend he got a friend to teach him how to drive. He eventually graduated to driving dual trailer semi’s in the hills of Georgia. He talked about how you could put the truck in “granny gear” while going up a hill, get out, and walk around the rig tightening up the ropes holding your load.

A friend of mine worked as a long-haul trucker for one of the big, national firms a while back. You didn’t always drive the same tractor and he found that more and more Volvo’s were being put in service. The Volvo’s all had automatic transmissions.

Hi Paddy. We had an elevated dock so the truck was level. We normally started in the third or fourth gear up, low or high second. Granny was used when pulling out of a sunken dock when loaded. I can’t remember ever using it myself. They were indeed super low.

An automatic would have been nice. We should have had higher rated licences to drive these but they no way would pay enough so we were just car drivers with training. It was a strange company. We were contract haulers for A&W and Baskin-Robbins, delivering lable goods to stores in Northern California, though we also shipped tp military bases overseas, Guam and others.

At one point, here’s what I used to schlep to gigs: 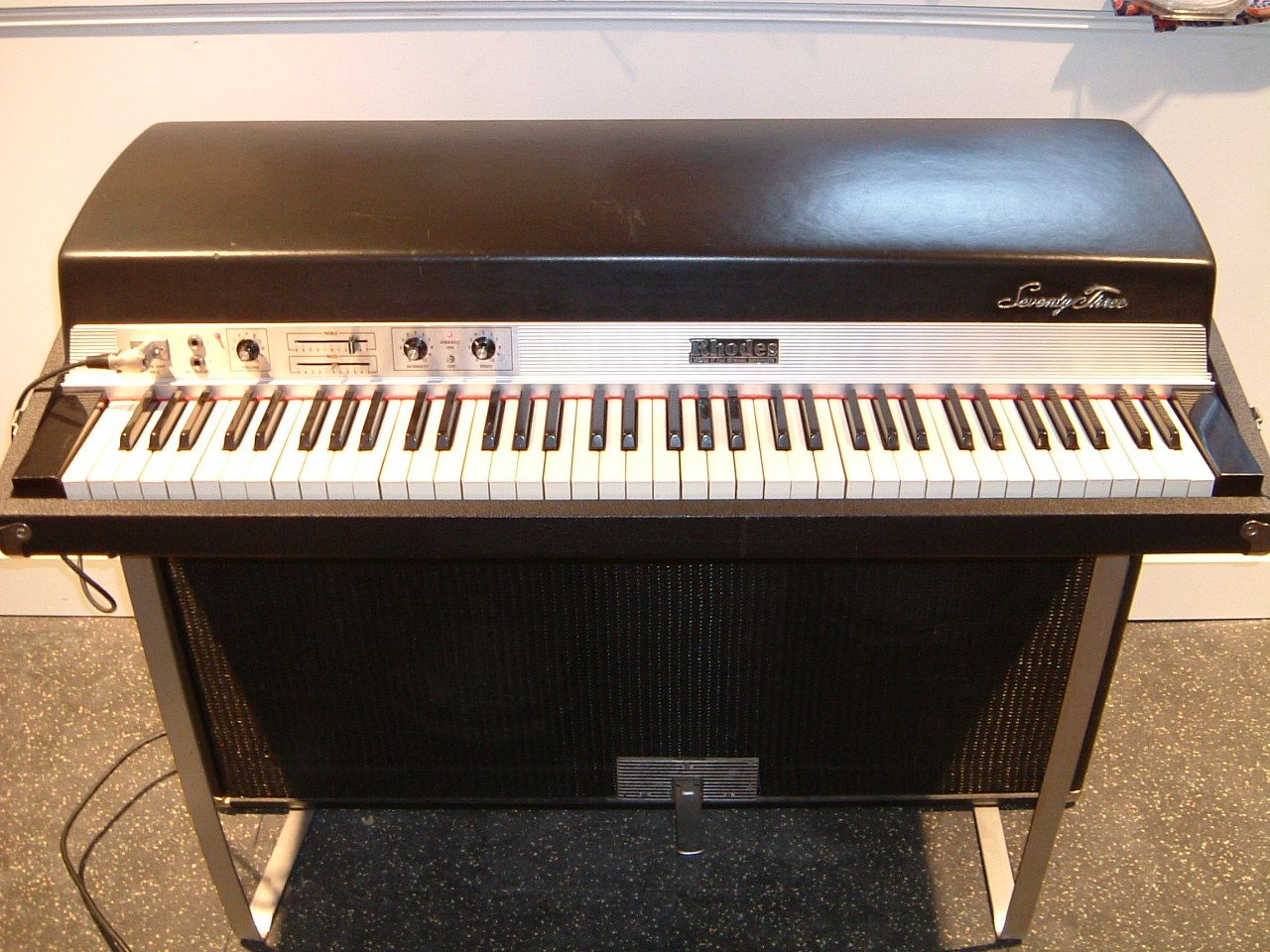 Chopped Hammond B3 organ and Leslie 122 speaker (another 275 or so pounds total): 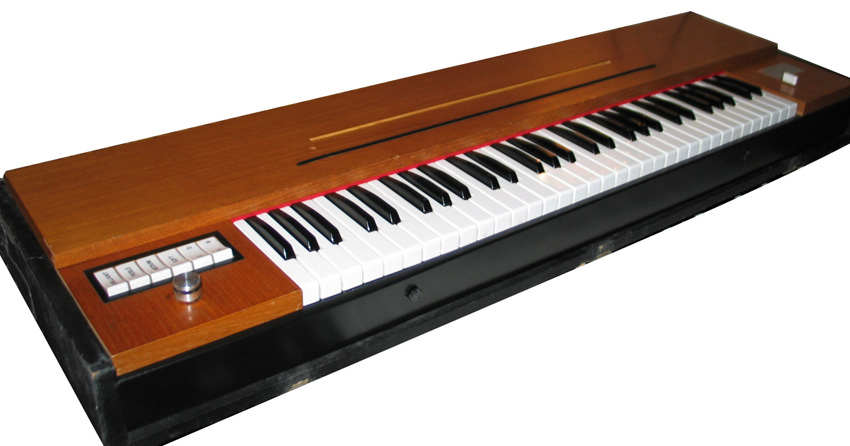 With the reasonably affordable tech now (cheaper than the originals without adjusting for inflation), I could have all those sounds and greater capabilities (plus vastly better fidelity) with three keyboards totaling ~100 lbs in aggregate and a stereo amp in a single box weighing-in at 65 lbs.

Amazing technology, as it digitially recreates those instruments very accurately including all of the “quirks” which made the originals so expressive. Want that Hammond emulation to sound like all the soldered connections are a little -- or a lot -- corroded? Dial it in. Want that Rhodes to sound like the action hasn’t been regulated in several years? Dial it in.

It really is. That tech is way beyond “sampling” (which is digital recordings of real instruments which can simply be played back from a keyboard).

The current technology is -- in part: Meticulously analyzing such minutiae as the mechanical sound a Yamaha (or other manufacturer) grand piano key makes when you release it and the hammer drops back down. The mechanical “thunk” of depressing the key, including, including how both the volume and tone of the “thunk” vary depending on how hard you hit the key. The sounds of the mechanisms attached to various pedals. (Plus the sound of the actual strings and stuff…)

All of those details -- and their rather complex interactions -- are reduced to computer code and when you play a key on one of the digital emulations, all of those values are computed so quickly that the player experiences zero perceptible time lag.

For me, it’s an excellent example of Arthur C. Clarke’s adage “Any sufficiently advanced technology is indistinguishable from magic.”

They can cram a half-million dollars worth of pianos into a forty pound box which sells for a few thousand bucks. (And provide free downloadable updates as they improve ’em.)

I have a basic idea of how it works, but the results are quite literally jaw-dropping to me. Would I rather be playing a Steinway than a Yamaha? Press a button or two and there it is.

TEH YAY for obsessive geeks!!

I also find it vexing that with all of the music-oriented technological marvels, the quality (in terms of depth and breadth of musical styles) of popular music has deteriorated enormously since I was a kid.

I fear I will always be a malcontent. 🙂

I cannot fathom driving such a large vehicle at that age myself; major props to your Dad!

Automatic transmissions for semis are another enormous goodness; yay Volvo.

Oh, before I forget -- L’shanah tovah!