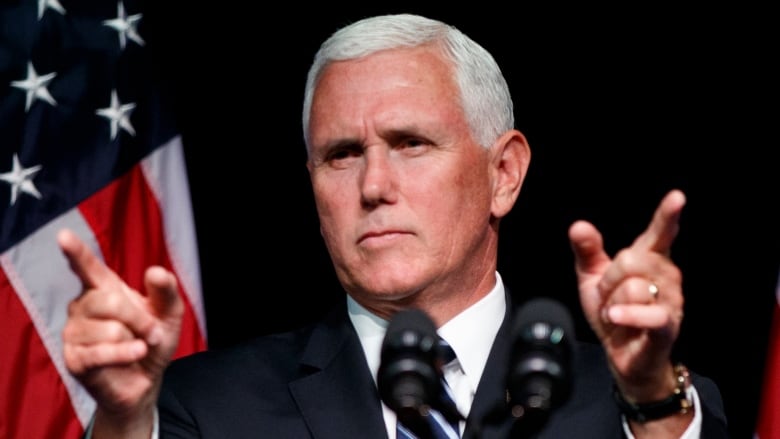 “Hey, Tree of Life Synagogue members….your dead fellow congregants are in Hell. They should have been morally virtuous like me; neener neener neener!.”

I am aware that Pence (allegedly) did not invite “Rabbi” Loren Jacobs to the rally in Michigan. He may have not even known about Jacobs’ demented beliefs. Nonetheless, he’s the person who invited Jacobs onto the stage and, thus, has some accountability for subsequent gravely disrespectful events and the blowback therefrom.

He’s also the Vice President of the United States and stood on stage with Jacobs as Jacobs spouted exceedingly offensive shit. IMO, Pence’s refusal to address what might have truly been an inadvertent error on his part is, at best, shameful and despicable.

Drop dead, Mike; you are a man severely deficient in both honor and compassion who has no business being a heartbeat away from the presidency.

I wish to be perfectly clear that my extreme ire regarding the Michigan campaign rally flap is directed solely at fakey-pretend “Rabbi” Loren Jacobs, MI-11 GOP candidate Lena Epstein -- the mouth-breather who allegedly invited that scumbag -- and VPoS Pence.

I’d happily punch all three of those dimwitted miscreants in the face repeatedly.