dv8 -- Sure hope you feel better later; is there anything the CasaK contingent can do to help?

Thanks, Fatwa, I’m okay really. I think I just have too much time on my hands, especially with the quarantine. so…. There you are.

All your, and everyone else’s well wishes will be rewarded according to Callahan’s law : )

the viking cake… I thought those were cigars instead of candles. But no. They’re axes.

BTW, I could totally see Sven chompin’ on a stogie. (He’d look even more badass than he usually does…and I mean that in the nice way.)

Let me start today with this.

Thank you, Father, for having created us and given us to each other in the human family. Thank you for being with us in all our joys and sorrows, for your comfort in our sadness, your companionship in our loneliness. Thank you for yesterday, today, tomorrow and for the whole of our lives. Thank you for friends, for health and for grace. May we live this and every day conscious of all that has been given to us.

Amen, and thank you, Sven. I think the quarantine is getting to me.

It isn’t any help. but you aren’t alone.

Good morning Dv8 and Fatwa. BTW, I am sorely offended by the characterization of raccoons as “trash pandas.” In reality, they are recycling engineers, diligently reducing the amount of trash going to landfills and thereby saving the planet. Show some respect!

Let them deal with the plastic straws, then. 👿

They make little tiny coon houses out of them. See? Engineers.

Happy Birthday, Tex! To celebrate, we ought to have a captioning contest, right?

A captioning contest?
Meep.
I doubt I’d be able to keep up.

You are the bestest.

Yesterday was a shitty day for me, but maybe today will be better. One day at a time, eh? We will all get through this.

dv8 -- I’m sorry you’re going through this rough time. Is there anything we can do for you?

Sven -- sh!tty days are going to happen, but we’ll get through this.

Naw, I’ll be ok, I guess. I do admit, I think the quarantine thing is getting to me. It is starting to feel like outside is inside and vice versa.

I think Fatwa may be right in that things won’t ever completely go back to normal.

We’ll just have to all do our best. whatever that means. 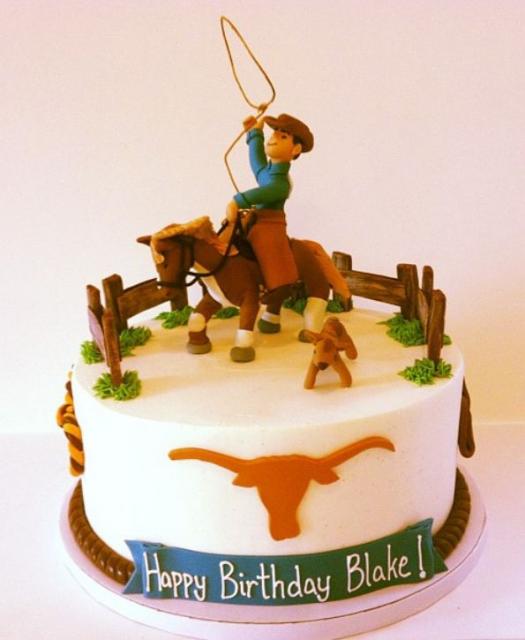 Happy birthday, 3 of VII, Sven!
It appears my new baker’s quality has slipped since he was forced to work from home.

Hey wheelies, Just been feeling so isolated. Hmmmmm… I wonder why.

Still, I’m mystified by my own motives and reactions. This has been an ongoing thing in my life. I don’t do the things that (even) I know I can do to feel better.

We are all happier when we are productive. It is the same with me.

Even if it earns little or no money, work is rewarding. That’s why I started streaming a couple of years ago. To fill the time between working To create something. whether it was just hanging out with a few people online or trying to talk about something about which I was interested.

Doing something is always better than doing nothing. Plus when you are consistent, “something” can turn into a career over time. It doesn’t really matter what it is.

We all know examples of family members or friends that tuned hobbies into a regular activity, and sometimes into a source of income over time.

Something is always better than nothing.

Thank you all for indulging me. I guess I’m fine. Late last night, I think I was just tired and letting it get to me. Life can be overwhelming. That’s true for everyone.

It’s better to be busy, I think, and have less time to think about that.

So yesterday, Jim teh Roofer got a demand letter from the lazy, sloppy attorneys for a supplier with which we have an account.

Somebody made the assumption that JimCo is the same as a deadbeat firm in Huntington Beach with a similar name who owes the supplier nearly $24K. (We get a couple calls every year from their unhappy customers and direct them to the proper company)

I’ve already sent Jim a one page response to this lamebrain managing partner shyster for Jim to sign and overnight to this scumbag on Monday.

I’m looking forward to embarrassing the snot out of him with his partners and his client in subsequent, detailed and unflattering correspondence which will be shared with all of them..

(Which will include a corrected copy of their typo-laden boilerplate letter.) 😉

Also took a certain pleasure in ending my letter with, “I trust you understand the seriousness of this matter and will govern yourself accordingly.”

I did a short stream a bit ago, didn’t do much, but feel a bit better.

It’s lonely up here. I miss going to church.

So how would this proposed captioning contest proceed?

A picture is posted, then we all submit captions for said picture.

But it HAS to be done by Miss Brenda in order for it to be official and to get prizes.

Its cold in here this afternoon. I lit the fireplace.

I’m going to see if I can make an animated gif on my phone. Standby for the results (if any)…………

Now if I wanted to use a still and motion track a clipped video area, that would be beyond the scope of this program, I’m guessing.

Beats me -- what you’ve already done is beyond the scope of my programming.

I’d actually like to learn how to augment still pictures. I have a nice one of Harper that would look cool if her hair were blowing in the wind. I have seen some stills with added motion like that. I’m not sure how it is done.

Maybe I should research that also.

My SiL sent me a bitchute link and she wondered if Trump had effed up. My response:

I always thought that bitchute was a bitch from Utah, no?

Started watching it, but once I read down a bit to this: “President Trump was placed in the presidency to do one thing… hand America over to the Jews 100% lock stock & barrel. FEMA now has control of America and the demonic forces that run it will now exercise is hatred on mankind. Prophecy is being fulfilled where you will be handed up to the Synagogue as described in Revelation! For those who cannot see this for what it is are under a strong delusion.” I laughed and gave up on it. Jooooooooos: is there nothing they can’t do?

Hey Sven. FYI, there are a LOT of fake NAZI’s on BitChute. Especially in the comments. I honestly believe they are Soros and/or ISIS funded. The idea, in my opinion, is to dissuade people from using alt tech.

You can really tell, because they are WAY too many of them, and pretty much ALL of them comment like 1500 times per day on many many videos. There really are not that many legitimate NAZIs/white supremacists in the whole country and/or world. Most all of the NAZI channels are of this kind. There are a few “real” ones: maybe 1% of what you find, if that. Particularly in the comments, you’ll find one occasionally, and your proof is that they don’t hide their comment history, AND they only comment once or twice a day, like a “normal” person.

Lately they have been putting most of their effort into BitChute. This is to dissuade normies from using alt tech. The only thing to do is not engage them, and block them. When you do block one, you’ll see dozens of comments disappear on any given video (ahhh, blessed silence : ). Also it is to give the MSM ammunition to say there are all these NAZIs on a given anti-censorship platform.

They used to be on GAB quite a lot, but Gab has gotten too big, so they can’t do it anymore. They got drowned out. So now they’re focusing on BitChute. They will probably be overwhelmed soon; and suddenly, like magic, all the NAZIs will be gone, except for the few real ones which you can count on one hand, pretty much.

By way of demonstration, I wasn’t logged in to Bitchute on this browser when I went over to that video, But once I did log into my account, all the fake NAZI comments disappeared. Leaving only a few unblocked ones. More than half of those are probably fake also, a few seemed normal whether sympathetic or not.

You will find some wacky conspiracy theorists on BitChute, because no one is censored there. I only skipped through the video, I didn’t hear anything about Jooooooooooos, just “standard” “New world order” stuff. But, I wasn’t patient enough to listen to the whole retarded thing. But any video like that--or even non political stuff--will have many comments like that.

Even, there are some on my piano videos.

And… no not necessarily from Utah, but a Bitch from the Ute tribe.

Anyway, welcome to the wacky world of alt-tech.

In fact that comment you quoted, is from a fake NAZI I blocked a long time ago. All his comments vanished as soon as I logged in. The comments are meant to dissuade you not so much from the video but from the entire platform.

The dumb video will do a fine job of dissuading you from itself on its own.

Most edgy youtubers who are in danger of being deplatformed at a moment’s notice upload their videos there also.