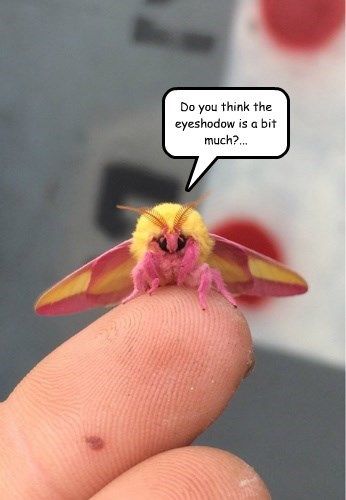 It’s another hot one, I hope Fatwa doesn’t have to work outside today.

Nope…don’t have to work outside today.

Just saw that most of next week will be slightly more favorable “roofing weather” in Chatsworth, teh yay!

Hey, Fatwa!
Glad things will be a bit cooler this coming week.

Just dropping by to say “Hey.”

I kind of wanted to write:

“I’m just dropping BEY to say Hey.” But I resisted the temptation. But then I wanted to tell someone about it. I’ts kind of a paradox….

I had a meeting with our local bishop this afternoon. Apparently, we are starting up our church services again, albeit with some very stringent requirements. Also I will have some more responsibility going forward. There is a statue of Liberty on the east coast of course. But I feel like the LDS people ought to erect a Statue of Responsibility somewhere. No better group to do so ; ) I kind of stole that Statue line, to be honest, from a motivational speaker named Jerry Meadows. But he did add this to that: “…because there is no liberty without responsibility.”

Hmmmmm… I was thinking about something this morning: Whether you believe that our church has a living Prophet or not, it is certainly true that the changes he made in 2019 made it MUCH easier for us to adapt to the pandemic. It was almost like he knew a year or two in advance that this would happen--or at least that these family centered changes were necessary for some unknown reason that had yet to reveal itself.

No comment is necessary on any of that. I’m just thinking out loud….

Thanks Sven. I am asking the Holy Spirit to Heal your eye or find you a cure or treatment. I was going to also make a joke, but this is no laughing matter so I’ll save that for another time.

A good friend of mine gets asked to teach the high school kids at his stake, which he does, until they remember why they asked him to stop the last time.
Yeah, he brings up uncomfortable topics. like the fact that Jesus was Jewish, ties in Roman history and practices to help understand the New Testament, along with American history to put Mormon history into context.

Not sure what’s goin’ on there. We talk about that kind of stuff all the time in our stake. I mean Anti-Semites Especially hate us because they see us as another form of Jew. We don’t have that “Jews killed our Lord” stereotype thing goin’ on at all. And we’re big into our Greco-Roman history. Not sure why their stake would react that way. True History is Doctrinal. But… well… people are imperfect and can make bizarre decisions. But wow…. (unless I totally misunderstood your comment--which is possible : )

For those of you who don’t realize this, LDS people are particularly enamored of the Jewish people in general and The Savior being Jewish in particular. In many wards, there are a fair number of Jewish converts for this very reason.

If you knew this you would know how odd it is to hear that anyone in any ward would object to anyone talking about Jesus being Jewish and/or Jewish history, Roman History, and especially American History which we all seem to take very seriously. All of that… It’s literally all over all our literature, magazines, etc. So either there are a couple of crazy people in that particular ward, or there is part of the story you friend might not be including in his account.

How good is this friend of yours? Would he leave out the part of the story that could cast him in a bad light?

I mean, I recently Attended a Zoom Meeting that pretty much covered everything that your friend claimed he was asked to stop teaching for. And the talk was from one of the high council guys. So yeah, I really don’t get it.

We do sometimes not invite people back to teach though. Like there was a young man who was filling in during a gospel doctrine class who said he had never read anything violent or bigoted in the Koran. This was problematic because it indicated he was either lying about the Koran or had never read the Koran or even a summary of it and was lying about saying he had read something he hadn’t read. Either way, he wasn’t being honest, so we never asked him to fill in again until he grew up a bit more. Which he eventually did. And he does teach now sometimes--I mean Christians believe in Atonement, forgiveness, etc. So even in the Church Hierarchy, I’m told there is always a way back from anywhere no matter how far you may stray.

That even includes Harry Reid and Mitt Romney (although I don’t have the official word on that, so don’t quote me : )

Keep in mind that I was an Atheist for a long time, and I have a background in other churches both growing up and as an adult. I attended mass at St. Thomas quite often in my late teens and early 20s, although I never became a member there, and also spend a fair bit of time as a member of what you might call a full gospel/assemblies of God kind of Church. So I have a wide perspective on these matters.

(I was also a member of the Self Realization Fellowship Temple for a while--but that is a story for another day : )

I’ve only recently discovered, though, that I get to be on the wrong side of Antisemitism just like Fatwa. It’s a little added bonus prize I get for being an LDS member. So… that’s pretty awesome….

Good evening, GN. Been out of sorts all day with, you know, that problem of mine. Slept most of the afternoon away, but feeling better now. Hope you all enjoyed your Sunday.