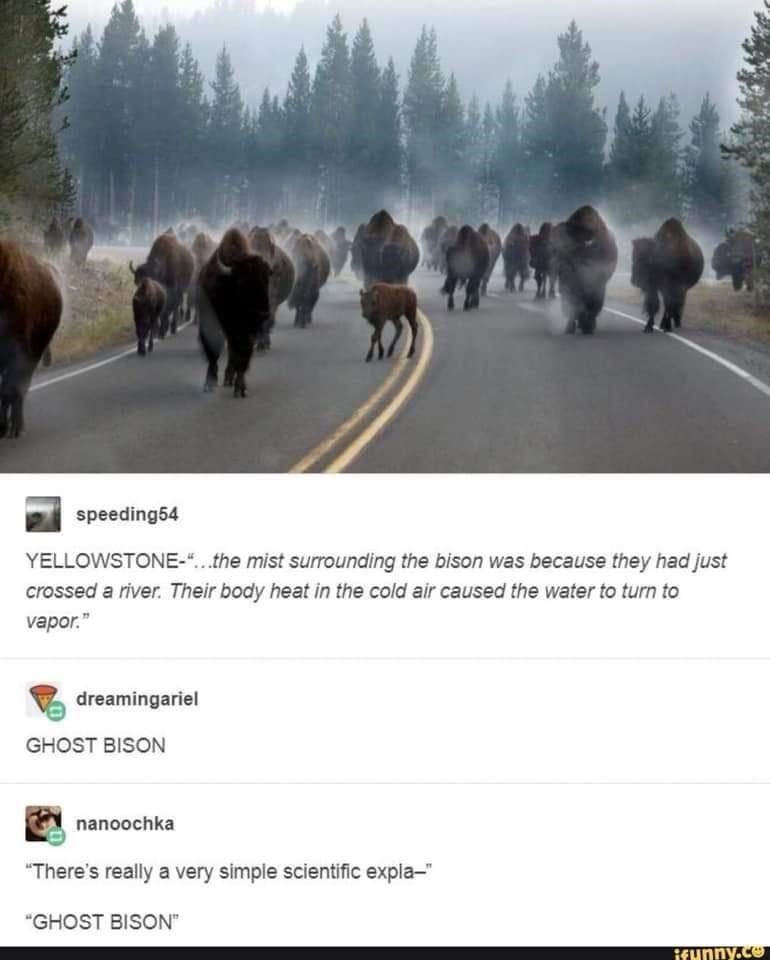 The simplest answer is usually the correct one.

“Ghost Bison in the skyyyyyyyy…”

Cheers for teh pic of you and Harper yesterday!

Delighted to read your new gig seems to be working out; yay!

Last night during the debate, Joe Biden said this: “The expectation is we’ll have another 200,000 Americans dead between now and the end of the year. If we just wore these masks, the president’s own advisors have told him, we can save a 100,000 lives. And we’re in a circumstance where the president thus far and still has no plan, no comprehensive plan.”

If for no other reason, I’m voting for Trump because as Ben Shapiro aptly states, ” …the democrats have lost their f*ckin’ mind.” 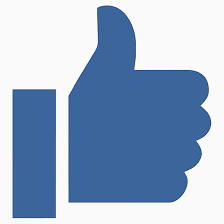 If pushed for a second reason, I’d say it’s because all the right people hate him. At this point, the enemy of my enemy is indeed my friend.

I didn’t end up catching any of the debate last night, so I’ll have to catch the highlights -- and lowlights -- on the innertubes.

Fatwa -- enjoy your trip to WaddleMart.

Noticeably absent from last night’s debate was any mention of the Middle East. A mistake on Trump’s part not bringing it up.