I enjoyed teh gun info as well.

In addition to being appreciative of all of the info, I hope teh 1911 shoots every bit as well as you seem to anticipate; shore looks purty. (I’ve really enjoyed shooting SiL’s Kimber 1911; even to a relative noob, it has a nice “feel”.)

What could possibly go awry?
Feds Studying How to Use Twitter For ‘Depression Surveillance’:

The federal government is studying how to use Twitter for surveillance on depressed people.

I’m sure the legal and medical meaning of “depressed” will not be defined downward.

While Twitter has been used by government agencies, such as the Secret Service and Department of Homeland Security, for national security related monitoring, the project suggests the social network can be used for public health surveillance as well.

The researchers will create algorithms to determine if people are depressed through their tweets, which they hope will serve as a basis for monitoring mental illness. They will also engage with depressed individuals on Twitter directly.

“Developing these algorithms and resources will provide the bedrock for building social media based surveillance systems,” the grant said.

Cool…sooner or later, the same sort of gummint spooks who ignored warnings about Mohammed Atta and his merry band of maniacs, not to mention specific info from teh Russkis re the Tsarnaev boys, will now be making mental health assessments and “engage with depressed individuals” via social media.

While I think this is terrific, it’s also pretty surreal:

Yeah, it is a decent development in reining in the war on drugs while at the same time showing the hypocrisy apparent in selective enforcement of the law.

I’m way beyond disgusted with the fed govt and have moved further into the land of apathy which sits right next door to the province of mockery. What a bunch of idiots pretending to run this country.

Well my day has started out well. Left for work and ran into the garbage truck coming up the street so I started backing up to let him pass. Oops. Misjudged the edge of the road and went off backwards and ended up hung up on a retaining wall down the hill. Good times. Right side on the ground; back left hanging in the air caught on the leaf spring. Had to get a tow truck to pull me out. No damage that I can see, lucky there. Driveshaft never hit the wall and beyond a few scratches on the gas tank, good to go. Test drove it around and no obvious problems.

It goes without saying that Obama is a dickhead, but John McCain is running a close second.

Too bad there’s so much credible competition for second place. I say we take a page from the proggie playbook and give them all “special runner-up” awards. 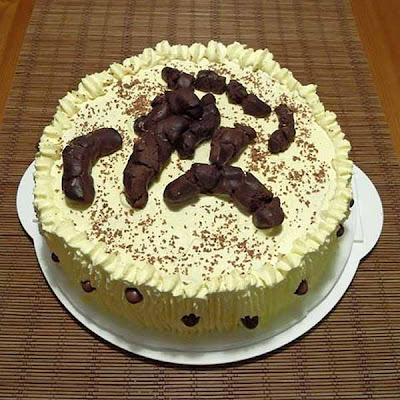 Well I’m off to work. My back and right leg hurt a bit, not sure why, but other than that I’m good to go. Thought about staying home, but with the example set by the fed govt last night and that dickhead Obama today, why I am just all fired up!

Poof..and Fatwa: try not to kill another one.

Glad your truck didn’t suffer any serious damage. (You, too.)

Healthcare.gov, the federal government’s Obamacare website, has been under heavy criticism from friend and foe alike during its first two weeks of open enrollment. Repeated errors and delays have prevented many users from even establishing an account, and outside web designers have roundly panned the structure and coding of the site as amateurish and sloppy. The latest indication of the haphazard way in which Healthcare.gov was developed is the uncredited use of a copyrighted web script for a data function used by the site, a violation of the licensing agreement for the software.

Was Biden in charge of this? I seem to remember he liked to steal other peoples work.

Even pirating others work they can’t do it right? How many hundreds of millions of dollars did we pay for this? I don’t suppose there was any “consideration” involved.

These people would reinvent the wheel and add corners.

Heh. Plus something shiny.

Vice President Joe Biden showed up at the Environmental Protection Agency’s headquarters bearing muffins Thursday morning, and greeted employees as they returned to work after the 16-day government shutdown.

“I brought some muffins!” Biden said when he arrived, placing few containers of “Coffee Cake Bites” on the EPA security desk, per a White House pool report.

The vice president spotted a sign on the desk that read, “All visitors must be escorted at all times.” Biden announced: “I’d like to be escorted!”

Sorry, Sven…I did my best.