Glad to hear that Jerrie enjoyed a Panera Bread sandwich with the Sinners.
Desicion Scientists!
It cracked me up that time when Nedra Z asked teh debvile when she made the decision to become a descion scientist.
Yeah, I know I spelled it wrong.

While it’s a good thing teh PhUD has been contained re the intertoobz, we did have an awful lot of fun at her expense.

Amusing thread GIF; who knew there was a breakfast cereal which looks just like an entire cat?

While I know this kind of carp happens in other places, too, the ATL metro area has yet more pervy LEOs who like performing patently illegal roadside strip searches:

Eleby had stopped at a gas station, parked his car at the pump, and run into the store for a money order. As he exited, he stopped to say hello to an acquaintance parked outside.

“There was just basically no reason for the search, but I still allowed them to search me because I had nothing to hide,” Eleby told Fleischer.

He said an officer walked him through the parking lot with his belt open and underwear exposed. He says the officer then reached into the front of his pants with his bare hand.

“He went inside my underwear and searched my genital area,” Eleby said, “It was just embarrassing.”

That officer found nothing on Eleby, but charged him with possession of marijuana anyway; his report alleges he saw Eleby throw something to the ground.

But a convenience store video shows Eleby’s hands did not move, and the officer appears to toss something to the ground. The DeKalb County Solicitor dropped the charge against Eleby and forwarded the case to the district attorney to investigate the officer.

The DeKalb police chief placed him on restricted duty.

Bonus points to Officer Feely Meely (remember that game?) for being a lying, porky pusbag. I can practically guarantee the results of the “investigation” will yield that “procedures were followed” because “the officer feared for his safety” and that these were “isolated incidents” committed by “a few bad apples”.

One hopes that civil rights lawsuits will be filed. Which are the only way to combat this carp besides vigilanteism…and I think the latter is -- unfortunately -- the only thing which will actually put an end to unionized King’s Men violating the law they swore to uphold.

Not to mention vigilanteism being much fairer to taxpayers. (Not trying to be funny; why should taxpayers pay for monetary awards resulting from malfeasance by their employees? We need to strip immunity from all public officials in this country from the president on down to dog catchers.)

Jerrie enjoyed a Panera Bread sandwich with the Sinners

Is that what the cool kids are calling it these days?

Today is a “teacher preparation day” -- a day for us to collaborate with our colleagues as we plan for the 2nd semester, but a work day, nonetheless. I predict the parking lot will be mostly empty when I arrive and mostly empty when I leave -- and these people wonder why they aren’t considered “professionals”.

Fatwa, after that vigorous workout on Thursday the cat likes bowling on Fridays. 😉

Wheee! Jerrie got to meet The Sinners! How very cool.

I ain’t got nuthin’ except this, which I think everyone will get a kick out of: 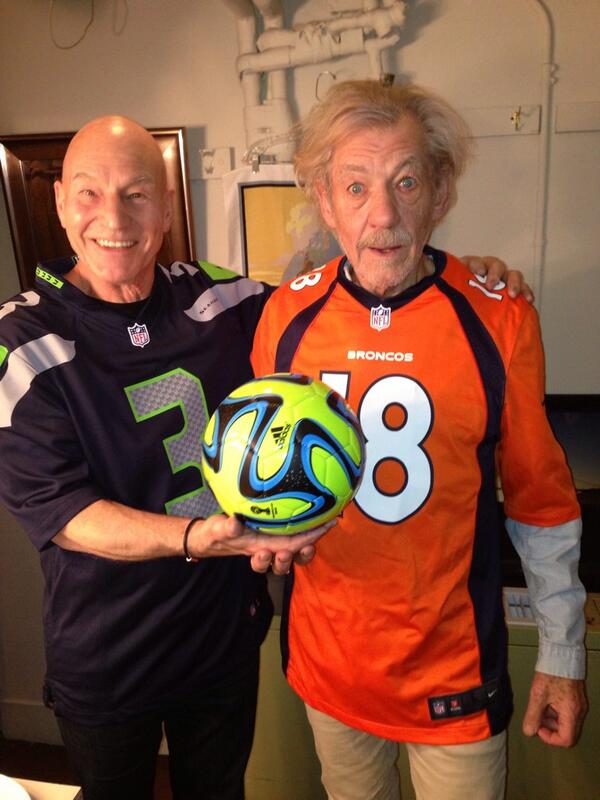 I sure do hope y’all are having another flight cancelling, rebooking, delay departing day, ’cause I am.

Checked the flight for delays or cancellations this morning -- all OK. Fifteen minutes later at the airport it was cancelled. Now I’m rebooked on another flight. We’ll see.

If that is cancelled I’ll be itching my butt all over the gate.

Good afternoon/evening, Gerbil Nation!
I decided to sleep in a bit and arrived at school at the normal start of work -- mine was the 19th car in the parking lot. We have 80 teachers plus secretaries, counselors, attendance personnel, Principal, VP’s, etc. I left early -- around the time most people leave on a regular school day -- there were 15 cars in the parking lot. I’m not sure if half of my department even showed up for work today. You know, I’d be a lot more sympathetic to teachers’ cries of “loss of professional rights” and complaints of not being treated as professionals if they actually behaved like professionals.
Just my $0.02

Thanks for letting me back on teh site! I was banned for like days! And days!

Hope everyone is well and safe.

Banned? No one’s been banned in years! You must have done something really special!

Congratulations on teh banning, Sven!
sniff. I try and try; put in the effort but no teh banning goes to someone else. again. Why I ask myself, over and over. Is it my weak Friday Captioning performance? My poor grasp of Siamese? My inability to use blockquotes? why?

Fear of teh ax?