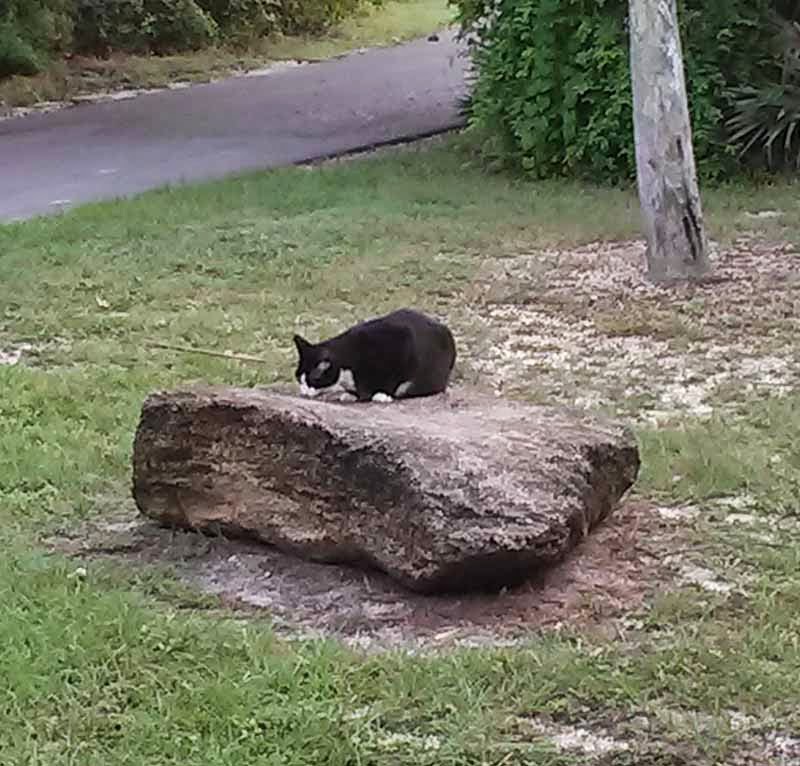 Your tale of hair-trimming woe had a pretty good pucker factor AFAIC.

Since I have Robert Morley eyebrows, I’ve gotten pretty good at using a “nostril grooming device” and small brush to keep them under control.

As I’ve gotten older, I’ve pondered the “survival value” of developing nose and ear hairs late in life; wee-yurd. Given the size of my ears and proboscis, at some point I’m going to look in the mirror and see the love-child of Jimmy Durante and Yoda staring back at me. (I think seeing the abyss reflected would be preferable.)

I don’t think there’s any survival value in anything that your body springs on you later in life. Nature is done with you, but does have a sense of humor, hence ear hair.

That’s some good news, Paddy, with the job hunt. Good luck moving forward and a pox on the LAUSD.

DeKalb County (GA) Police say two men walked into the store, pretending to be customers. They asked for the store owner to get them something from a shelf, and when he turned his back, one of the men pulled a shotgun and put it to the owner’s head.

Police say when the owner realized what was happening, he turned around; and while moving the shotgun away from his head, he pulled out his own gun and shot one of the robbers dead.

The other scumbag turned himself in about three hours later.

Poor spikey-haired Jerry! I wonder if one of his neighbors hid the guard to his clippers in retaliation for Jerry’s frequent ‘symphonies’?

Once again, I am stunned by the “riches” available on the internet; this video is funnier than it has any right to be: True dedication to their craft.

I had an argument with a friend of mine who participated at this protest against amnesty for illegal aliens. It occurred in nearby Simi Valley with Rep. Steve Knight. Watch the video:

The hoopla over this event is Knight telling a protester that he’ll “drop his ass” if he touches him again--this occurs during the first 15 seconds of the video. My comment was that “…your guy was a dick. It wasnt just a handshake, it was one of those bullshit dominance things that occur at times when guys shake hands…with one guy not letting go and trying to crush the other guy’s hand.”

I refused to get upset over the congressman’s response because regardless of his stand on immigration or his vote, the protester was an asshole. And my further point was that regardless of what led up to this or anything else, the only thing people were talking about was this 20 second confrontation. Whatever point this group was trying to make was completely lost.

Sven -- I agree with one caveat -- if Rep. Knight didn’t like the guy clapping him on the shoulder, then he shouldn’t have put his hands on the guy (one on the shoulder, one on his chest). Don’t tell me not to touch you while you’ve got your hands on me.

Some jerk pulls that handshake crap with me, followed by the shoulder slaps, I suspect I’d react in a similar manner.

Except for -- per Paddy’s caveat -- not touching the other guy.

I kind of look at it differently. Knight’s reaction is just that: a reaction to a physical intimidation, so I don’t fault him for touching the other guy. The first guy not only holds his hand for a long time, but if you look at it closely, he’s got him in an uncomfortable grip and it appears to me that Knight is trying to free his hand without drawing a lot of attention.

Part of the argument I had was over how long the handshake goes on. My friend kept saying “I was there! He just shook his hand and Knight went off!” If you look at the counter on the video, it’s a minimum of 9 seconds--not a common handshake.

Knight may very well be a typical scummy politician. I don’t know, but even though I support this group’s position on illegal immigration and amnesty, I still see Knight coming off the better in this exchange, which doesnt do their position any good.

I agree the guy was being a dick. He’s obviously got Knight’s hand in a weird position and is holding on longer than is necessary for a hand shake. I’ve met lot’s of people like that, but having smaller hands I know I’m never going to win that contest, so I don’t even try. I don’t begrudge Knight his verbal reaction, but if you’re going to tell me not to touch you, you’d better not be laying hands on me at the same time. Of course, being the instigator, there is nothing that Dick can say that doesn’t make him look like and even bigger Richard. That’s the kind of guy you want in the background, not up front interacting with people. He does your side no favors.

On the other hand, if the “drop your ass” moment hadnt happened, there would have been zero coverage of this event at all.