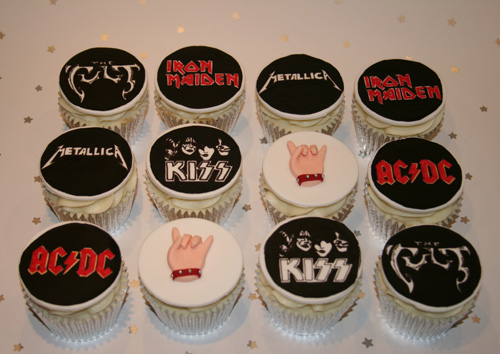 Thanks for the bday wishes, guys. And I know that X has one coming up too, but can’t remember the date. Black Sabbath is once again doing their “final” tour with an LA date in September I think. Never seen them--would be a show to consider.

And speaking of music, been watching HBO’s Vinyl which is a series about the music industry in New York during the 70’s. The show is kinda bleeh, but the soundtrack is wonderful. Been especially happy that they’ve dug out at least three Mott the Hoople tunes to include.

Taxes are still in process. The stumbling block is with Mrs Sven’s stock and retirement stuff--since her company moved overseas, it’s created a whole bunch of new forms to consider.

Huh. And apparently it is confirmed that Axl Rose is taking over for Brian Johnson for the remainder of the AC/DC 2016 tour. Interesting.

Happy 2 of 7, Sven! Here’s something inspired by your ancestral past -- which, it’s my understanding that I can thank the, um, aggressive courting techniques of those same ancestors for my (many generations later) red hair. So, you know, thanks, cousin!

Thanks! Good advice throughout!

BTW, per the song — always pillage then burn. It would just go badly the other way around.

That sucks about your tax complications. Between the bastards on the Ways and Means Committee making things so complicated due to generations of carve-outs to reward graft-givers and this Administration’s fabulous policies which have chased so many businesses out of the country: Moar. Esso. Stations.

Brenda, sweetheart…we should get one of these for the grandkids.

Ooooh…and one of these, too.

(Gotta make sure them kids are raised with good values.)