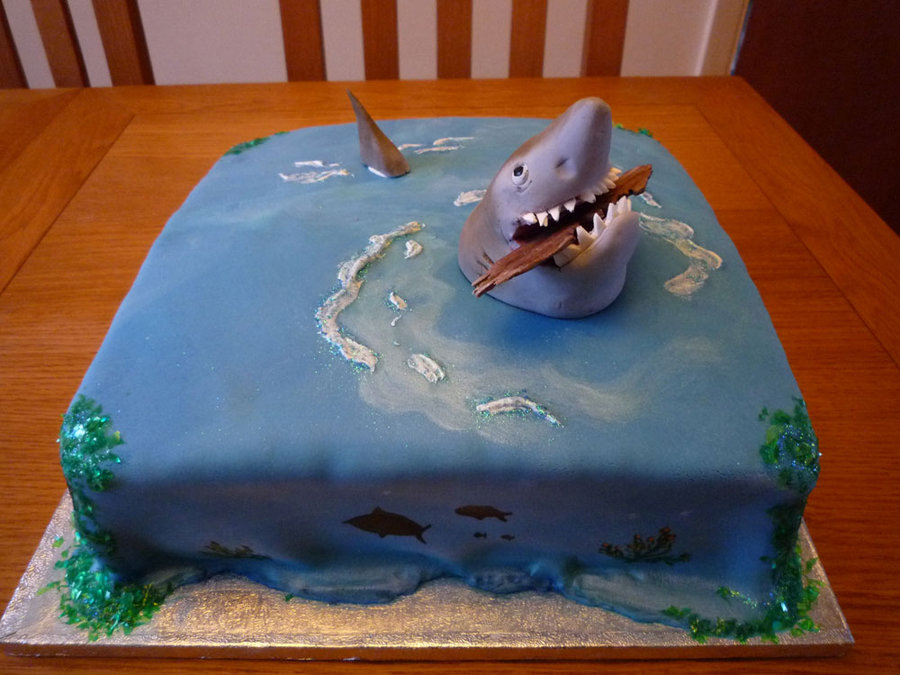 I think I brought enough for everyone. In addition to being SharkieK’s special day, the Angel of Death gave us a pass last night; yay! (Despite the fact I was told not to put lamb’s blood on our door because “it attracts flies”.)

That ought to help us dodge Plague #3, I suppose.

Here’s some coffee to go with those cupcakes:

Hope you have a good day at Teh Bestest Place Evar.

And that would be just perfect. Those are just adorable! And probably bite back!

Those shark cone cupcakes are kinda cool (and rather cute, too.)

And an extra dorsal fin, too. Because shark.

I’d really like to take a 2″x4″ with rusty 16D nails sticking out at one end to Press Secretary mouth-breathing, gibbering dimwit Sean Spicer. He should be terminated -- either from his job and/or his ability to ambulate under his own power -- immediately.

“You had someone as despicable as Hitler, who didn’t even sink to using chemical weapons,” Spicer said during Tuesday’s press briefing.

Between Spicer and that scurrilous fuckball Jeff Sessions, I am woefully underimpressed with Trump’s ability to hire non-mentally-challenged people for important posts. (I’ll give Trump provisional credit for Mattis and Gorsuch, but they don’t offset Sean and Jefferson Beauregard.)

I keep hoping these guys will learn and get better, but then I’m a Raiders fan so it’s second nature these last many years.

Ice cream cake sounds lovely, Miss Brenda. But did you get some nice new Capodimonte figurines?