The Daily Mail is reporting the bomb-maker responsible for yesterday’s attacks in Brussels and the November Paris massacre has been nabbed.

Brussels bombmaker Najim Laachraoui -- known as the ‘Man in White’ -- has been arrested just hours after he was named as the world’s most wanted man.

ISIS explosives expert Laachraoui has been taken alive by a Belgian SWAT team in the Anderlecht suburb of the Belgian capital hours after police said he helped carry out the attacks that killed 34 and maimed 250 yesterday.

Belgian brothers Ibrahim and Khalid El Bakraoui were today named as two of the ISIS suicide bombers -- eight days after they escaped police in a gunfight -- but in new twist speculation intensified today that there was mystery fourth bomber.

Laachraoui is suspected of rigging up the suicide vests that helped kill 34 in twin attacks yesterday -- and is believed to have done the same for the Paris terrorists who murdered 130 in November.

“Evil scumbag jihadist filth” does not adequately convey my feelings toward this individual.

Your feelings pretty much sum up my feelings.

I hope y’all have a super day ’cause you just know I will.

Saw this quote from Churchill over at AoSHQ on the 20th:

How dreadful are the curses which Mohammedanism lays on its votaries! Besides the fanatical frenzy, which is as dangerous in a man as hydrophobia in a dog, there is this fearful fatalistic apathy. The effects are apparent in many countries. Improvident habits, slovenly systems of agriculture, sluggish methods of commerce, and insecurity of property exist wherever the followers of the Prophet rule or live. A degraded sensualism deprives this life of its grace and refinement; the next of its dignity and sanctity. The fact that in Mohammedan law every woman must belong to some man as his absolute property -- either as a child, a wife, or a concubine -- must delay the final extinction of slavery until the faith of Islam has ceased to be a great power among men. Individual Moslems may show splendid qualities. Thousands become the brave and loyal soldiers of the Queen: all know how to die: but the influence of the religion paralyses the social development of those who follow it. No stronger retrograde force exists in the world. Far from being moribund, Mohammedanism is a militant and proselytizing faith. It has already spread throughout Central Africa, raising fearless warriors at every step; and were it not that Christianity is sheltered in the strong arms of science, the science against which it had vainly struggled, the civilisation of modern Europe might fall, as fell the civilisation of ancient Rome.

Read about Ford’s demise yesterday and thought of your avatar. Don’t know if you really need to replace it, though.

“Rob Ford is dead…but his memory lives on in this three-CD collection from Columbia House Music!!1!”

Love that Churchill quote; shows once again that the known farked-uppedness of Islam is nothing new. I see that CAIR was busy yesterday playing their fakey-pretend victim card and the media faithfully parroted it for them…as they always do.

As a member of an oft-persecuted minority religion, perhaps I should be more sympathetic to American Muslims when shit like this happens. But I’m not, as I see effectively zero condemnation of murderous jihadists.

Perhaps that’s unfair of me.

OTOH, their holiest documents are pretty unequivocal about their extra-special enmity toward us Joooos; we’re #1 on their Hit Parade.

I’m afraid I don’t know how to deal with them, save for exterminating every single one of ’em. Which is pretty extreme even for me, but I feel as though I cannot afford to ever trust a single Muslim. (Nearly all of them I’ve known socially have had a “bad attitude” toward Jews which they were not shy about expressing in my presence. It’s hard to “live and let live” when I feel that I would not be accorded the same courtesy.)

If you see something, say something. 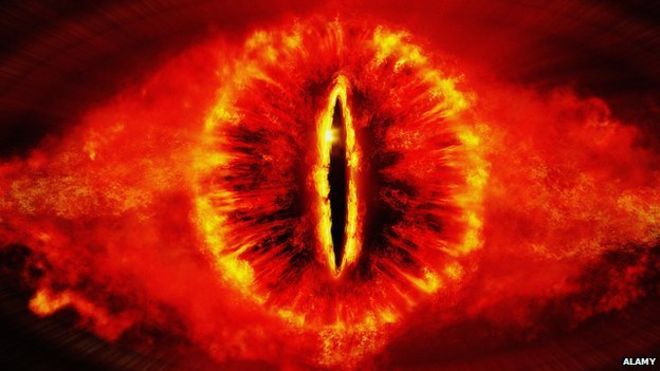 Flaming vagina? Been there, done that. Ouch, I’ll just crab-walk away.

It is a special place, and it certainly has the spiders to out intimidate a big dog.

I don’t blame puppies from being put off by spiders so large one can easily see their fangs.

Thank heavens the drop bears were just a tall tale to scare tourists.

But then in Texas…

A little Spock for Brenda.

OMG, he was such a baby! And so cute…

I think Jerry needs a shop rag and a can of diesel fuel.